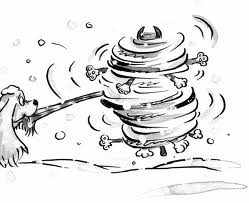 Friday morning was like every other school morning.  There was yelling and screaming involved and by the time we finally made it to the high-school campus, I was physically and emotionally spent.  I walk inside and ask to speak with the school Psychologist (Ms. W- lets call her).  I wanted to share with her what I had observed the day before in the cafeteria when I skulked around like a private detective, watching my son from across the room.

"I watched him pacing back and forth looking totally lost.  He spoke to some peers and apparently they blew him off.  He just looked -disconnected, lonely and out of place.  It broke my heart to watch."

As I sat in her office, I suddenly found myself in tears.  The tears were a combination of stress and exhaustion from the week with that I had been through him.  I try to stay pretty calm and centered,  but it weighs on me heavily.  At the same time, I was literally feeling the anguish that he is going through as if it were my own.

Ms. W-  empathized with the pain that he must be feeling and that I feel as his mother.  She assures me that he does have alternatives to going down to the cafeteria, but for whatever reason, he chooses not to go with those alternatives the majority of the time.  Apparently, there are a few students who regularly ask him to hang out at lunch and he blows them off in order to go to hang out with the "normal" kids.   He is fixated on a friend whom he has known for most of his life, even though she doesn't really want to be bothered.  He also has a mentor group that he can sit with at lunch.  He usually doesn't.


Mrs. W also reminds me of how far he has come in a years time.  "He is going to all regular classes every day and once education starts -he is fully engaged," she says.  When he is in a regular ed. classroom, there is no frowning, no acting out.  He is doing his work and even participates in group activities.  She suggests that I peek in on him in one of his classes to observe that he is not as miserable as he says.

"The hallways, and lunchtime are difficult for him, but he is actively participating in his education in the classroom and doing well," she said.

I manage to dry my tears.  I remind myself that I can only do so much for him and the same goes for the professionals that work with him.  We can open doors and encourage him to walk through to the other side, but he has to do the leg work.  We can't pick him up and carry him through.  They can teach him social skills...but he has to decide weather or not to use them.

What's that saying -you can lead a horse to water...  No -I've got a better one -you can take a girl to a bar but she can still order a Coke and be a total party pooper!

He complains about his life, while refusing to do the work involved to change it.  A part of it is fear.  We can attribute some of it to delays in his thought process, his tendency to get stuck. So as the adults and professionals in his life we have just keep trying -keep repeating and hope that eventually he will learn some of what we are trying to teach.  After he learns it, we have to pray that he will actually use the skills.

I finally found a social skills high-school group (outside of school) that he will start attending in a couple of weeks.  I am hopeful that it will help him.  I will continue to monitor what is being done at school  (social skill-wise) and try to reinforce it at home.  I asked Ms. W -to continue to try to redirect him during his lunch period, to help him to find other things to do instead of putting himself through the agony of the cafeteria.

I did peek in on him in class before I left.  He was working.  There was no frown, no sadness -just a normal boy trying his best to be just that.


READERS...I love your feedback, comments, advice, sympathy, condolences -whatever! I also love your votes! Please Take a second to click below. Thank YOU!!!