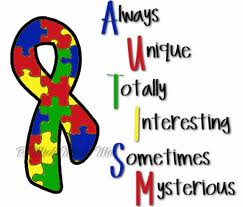 It's Saturday morning and Blue has a meeting with his ex-social skills teacher from elementary school.  I am so proud that she has invited him to present again at the Teachers Continuous Improvement Conference in our school district.  He is becoming the voice of autism in the district, which makes me an exceptionally proud mama.  This is the second year he has presented at this conference.  Last year's presentation was "What You Can Do to Help a Student with Autism in the Classroom."  This year he will present on "ARD Meetings -Why It's Important for Students to Particpate".

Last year was standing room only in his presentation.  Can you imagine? An opportunity to tell teachers what they do to get on your nerves and then teach them how to fix it.  Only better -he is helping more than himself.  He is helping those with autism who can't speak for themselves -whose communication skills are not quite as good as Blue's.

I say he's becoming the voice of autism in the district because he is also doing an introductory video at his middle school for students in 5th grade who will need social skills support when they come to middle school next year.  On video -he will take them on a tour of the school so that they will become a little familiar with the campus prior to their first official visit.

He will also be doing another video for the school Psychologist (LSSP) at his middle school that will also be used at the Teachers Training conference this year.  This presentation will be about behavioral issues and choices.

The fact that he is being chosen to represent a positive image and voice for autism is a huge honor and says so much about his character.  He's come a long way baby!  His future is so bright -it burns my eyes. 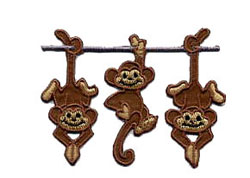 The prep meeting that Blue attended on Saturday included a friend that he has known since pre-school.  The two of them have grown and matured so much since the days of their Blues Clues and Toy Story obsessions.  After their meeting I took them out to lunch followed by a playdate at our house. I suppose since the two of them are now 12 years-old (Blue will be in 2 weeks) they would be mortified by my using the term playdate.  I suppose it's more like -hanging out when you're a pre-teen.

Anyway, they spent several hours watching funny You-tube videos, playing games on the Wii and playing outside.  While they were playing in Blue's room, the two of them hatched a plan to go see "Tron" at the movie theatre, even though Blue has already seen it twice. He had all of the movie times in the local area committed to memory by the time he shared his plan with me.  He was so excited and all spun up.  They had to go!  I mean -why not?

I'm not quite sure I'm ready to drop him off at the movies. I didn't make any promises one way or the other.  I said I'd think about it and talk to his dad.  The two of them go over to his friends house where they play for a few more hours.  During which time, I am hoping he'll forget about the movies or be too tired to want to go anymore.  (A girl can dream...)

"I think you've already had a pretty full day.  Why don't we wait until tomorrow afternoon?" I say.
"Why would we do that? Why can't you take me? You aren't doing anything."

I had my reasons.  I didn't really feel like I needed to explain them all to him.  Sometimes the answer is just no.  You had a full-day with your friends.  Why can't that be enough?  I took you guys to lunch.  You spent 6 hours playing together.  Let's call it a day -and a good day at that.

I do remember scheming and plotting like this with my friends when I was a kid.  Enough -was never enough.  I never wanted the party to be over.  At the same time, I had to learn to accept the answer -no.

He comes home from his friend's house and gives me the evil eye.  He comes into my room and takes   Harry -our dog.  "Come on Harry.  Let's get out of here."  I guess I don't deserve any company.  He is really mad at me.  That's o.k. I can take it.

He asks my mom to help him make his dinner.  I continue hiding out in my room -alone.

By bedtime he comes in, apologizes and gives me a hug good night.  All is forgiven at least for the night.

You bet your bottom dollar -he held me to my word.  He saw "Tron" for the 3rd time at the cost of $10.25 for a matinee showing because it's in 3D.  What a rip! The things we'll do for our children.  BTW- No I did not drop them off.  I hung out in and around the theater until the movie was over. They had a great time.  But of course, the party did not end there.

"Mom can he come over and hang out at our house for a while?"