Thank you for being here for me.
I love that I can come to you whenever I’m feeling sad, lost, and unsure.
When I need someone to just listen and not judge me, you are here.
When I need a way to reach others who are on this journey through life with autism and mental illness, you are a conduit.
I sincerely thank you. 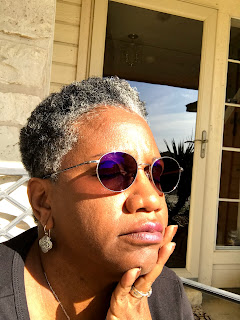 I’ve been feeling some kinda way these past few weeks. Up, down, exhausted, perplexed, stressed. So many days I want to quit all of my jobs. I just want to go away to a place where I am the only person that I am responsible for.

There is really no one I can share all of my secret, insane feelings with. I can’t even share them all with my life partner, and husband. He sees a lot of what’s going on, but most of the time he’s living on his own planet.  Apparently, he also speaks another language because we certainly don’t understand one another.

He will never fully understand what it really means to be a mother to these children. And that's okay. He can't. He can't be inside my head and my heart. He will never have the exact same emotional connection to them that I always will. He is a man. I am the woman who once carried them inside my body.

Sometimes, he blames me for being overwhelmed by them. It's not that he doesn't sympathize. It's just that he thinks like a dude. Everything must have a logical fix. He’s famous for saying, “You just have to draw the line with these kids.” Like it's just that simple.

I have been working for the past two years with my therapist on establishing boundaries. That doesn’t mean that they just magically abide by them all. In fact, when you stop putting up with their shit, things usually get worse before they get better. Even redirection and boundary management take a ton of emotional energy.

If you close a door but you have to hold it shut because they are still trying to knock it down. Are you any less tired? When you finally get the door closed and locked, does that mean my mind shuts down and I can just sleep like a baby? Do I wrangle a meltdown or take a stressful phone call and then instantly turn around and channel my creative-self? Do you think I can arbitrarily sit down, focus and write after I have been run over with emotions and blamed for everything that has ever gone wrong in the history of the world?

A couple of weeks ago, my niece who is a fabulous soccer player and all around amazing girl, officially signed for a full-ride scholarship to a major university. She has worked so hard both in her studies and on the soccer field. She has traveled the world, working to become one of the best players in the United States. Both she and her parents well deserve this opportunity. I am over the moon happy for her.

Ironically, a couple of days later, my son tells me that he has decided to take a break from college. Talk about a punch in the gut. Initially, I couldn’t help but think. Great! He’s signing up for a life of mediocrity.

Intellectually, I know that everyone has their own journey in life and the college route is not for everyone. The problem is, I always thought it was for him. The way that his mind works, I think is near genius. Up until his senior year of high school, he was a self-motivated, amazing student. He challenged himself with advanced classes (even when I didn’t want him to because they stressed him out). Everything stresses him out. However, he was self-determined.  So who was I to stand in his way?

Since his senior year, life has been one crisis after another, on top of a mountain of anxiety.

Through it all, he has successfully completed several college classes. He has also successfully dropped nearly as many as he has completed.

He gave some very good reasons in support of his decision and he took full responsibility. He isn’t doing well this semester. He tried his luck with four difficult classes (against my better judgment).  However, he continues to fall behind. Assignments snowball on him until he is overwhelmed with anxiety.

In the letter he sent to his History professor explaining his reason for dropping her class, he took full responsibility for lacking focus because "I really have no clear end goal  in mind.”

He thinks he wants to do something to help the world be a better place. He is very curious about social justice issues and wants to be someone who effects change in the life of others. He has admitted that he is not motivated by money, but by service to others.  (Although, ironically he loves to spend money).

He’s leaning in the direction of a degree in Sociology. Maybe he wants to be a Therapist. We just aren’t sure if he has the executive functioning skills to make his dream become a reality.  The actual execution of the plan is getting in the way.

Every time he sits down to write a paper, he collects so much information and research. Then he becomes overwhelmed by the attempt to organize it all into an effective paper, following the guidelines set out by the professor. And he almost always waits until the very last minute to get started.

The day he told me that he was dropping the latest class, he still decided to go to Starbucks that night to continue writing the paper that he would not turn in. He wanted to write without the parameters and limitations set by the professor.  Who does that?

Last week we sat down with a job coach who works with young adults on the spectrum. They are going to work together to help him find employment. Basically, because he doesn’t know what else he wants to do.

He is really good at eating out all over town and spending money that we supply since he is a student. However, he is a student who keeps dropping classes that we have paid for. So at this point, he really needs his own money. He needs to figure out if he really values an education enough to do the hard work that comes with it.

I am so afraid for him. He’s brilliant. But can he make his brilliance work for him in a college setting where organization and planning are required?

We paid for a private tutor.  They would work together, but he would still freeze up when it was time to write …alone. He would say, “Mom, I need you to sit down with me and give me feedback.” Only he really thinks I’m an idiot and can’t really help him, because I don't think exactly like he does.

There are other resources on campus, like tutoring and Academic Coaching. I don’t think he utilized those nearly as much as he could have.

I know it’s not an anomaly to not know what you want out of life at the age of nineteen. A lot of people are actively seeking a goal that they may no longer want once they mature and figure out who they really are.

For now, I just wait and wonder …and hope. I can’t walk the path for him.

His brother needed the motivation of being away from me to reach independence.  Is he the same?

I know they both see me as an extension of themselves.

I wonder …if as long as I am within arms reach of him, will he ever grow up?

It’s like since they see me as an extension of themselves, whenever something goes wrong, surely it must be my fault. And somehow, it’s my responsibility to fix it. Only I can’t do that anymore. His life is in his hands.

I feel like I need to be out of sight out of mind so that he realizes that he is capable and responsible for himself. He is frustrated by us, some days he “hates us”.  And yet, he can’t seem to see that he is the key to his own happiness and freedom. He is welcome to walk out this door and create the life that he wants.

I wish that you could help me solve this puzzle. Tell me what to do, or not do. I want answers. I want fixes. Only it’s all so complicated. And again …I’m not really the one in charge.

Still …thanks for being here. I love you. 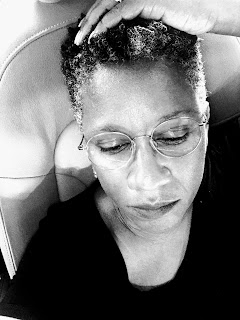 The pain doesn't hit me until I crawl into bed that night.

Earlier that afternoon in the heat of anger, the most hurtful words that have ever been said to me in my entire life came out of the mouth of my child.

My child. The person who I love more than anything.

Love and human decency are lost in translation when this kind of anger takes over. I don't think this was an autistic meltdown. It was more like rage. It was measured at first and then it blew up.

Who is this person?

After the initial shock, my first thought is of him, his life, his future.

When we are both calm I ask him, "What kind of life do you think you will you have if you shoot off your mouth with such venom to a person that you love and care about, especially a female? It doesn't matter if it is in anger. The world is not forgiving. People will say goodbye and not look back."

I'm your mother. Sometimes I want to walk away and not look back. At least not until you have grown into the person that I know you can be.

In my heart, he is still my most thoughtful, loving child.  He has always been the sensitive one with the biggest heart.

God didn't give me a girl, but maybe he will be the one who will take care of me in my old age.

I have worked my entire life taking care of him,  guiding, and protecting him.

Part of me knows it's not about me.
It's his own pain that makes him say hurtful things.
It's projection.
Hurt people, hurt people and all of that.

I love him, but I don't want to be his "safe person" anymore.

In fact, our relationship feels the opposite of safe.

Our relationship has become unhealthy for both of us.

"I love you too much to let you believe that this is acceptable behavior," I say to him.

Apologies and saying you didn't mean it begins to read like an empty book.

I am collateral damage after his words explode like shrapnel.

He feels all better because he let the anger out.

I'm left sitting with holes in my heart.

My heart still beats. I still love, but the holes remain.

They say that absence makes the heart grow fonder.

I think we need to test this theory.