My friends on social media are real.  Recently, I lost one of  them. I met Kate Goldfield through this blog. Kate was a fellow blogger, the author of "Aspie from Maine". She wrote about life in her twenties, living with Aspergers.   She was one of my earliest readers when I started writing 12 years-ago.

The boys were teens at the time. I was mostly at my wits end and would write like this was a diary of confessions. As my dad would say,  I would tell "the natural truth." Unedited. Especially, in the beginning. I had no idea what I was doing really.

Kate would comment and help me with insight into what the boys may have been feeling and experiencing from the perspective of someone living with Aspergers. We became Facebook friends. We were also in several autism support groups together. Support groups on Facebook can be a lifeline for the autism community. It can be one of the only ways we connect with people who really understand the journey we are living.

Kate was always supportive of my blog which made me think,  maybe I'm doing something right. In fact, if you visit Kate's blog , I am first on the list of blogs that she likes. (Yes. That makes me feel like I was seen.)

Kate was very active in the online Autism Community both with parents and other adults on the spectrum.  I think she would be delighted to know how many of us were touched by her life and devastated by her death.

Last weekend, she was having difficulty breathing due to asthma. We all knew because like me, she posted about everything! She was wrestling with the decision to go to the E.R. or not. Many of her online friends were encouraging her to go.  But she had a lot of anxiety about the medical system. It had failed her so many times. Over the years, there were countless doctors who did not believe her.  They would dismiss her symptoms and send her away with no answers. Which of course, made her feel worse. There were so many medications prescribed that did not address her needs, or didn’t agree with her chemical sensitivities. It was a major source of frustration.

The family made a statement on her Facebook page on Monday, March 22nd, 2021.

“Kate finally went to the ER today and while she was there she went into cardiac arrest and died. The doctors don’t know what caused her to crash so quickly and are going to recommend that the medical examiner does an autopsy.”

Wait what! WTF? --my initial reaction.

Personally, I believe there were many contributing factors to her cause of death. One was was a medical and mental health system that failed her. Case Workers who said she wasn’t bad off enough to receive help. A government that doesn’t prioritize marginalized communities and adults with disabilities. A local support system that wasn't enough for her many challenges.

*Disclaimer (This is the picture Kate painted of her life through her posts and private messages. It is not my intention to blame any one party.)

The family’s statement made reference to her "looking so peaceful." As if that might comfort those of us reading it. In anger I thought, Hell yeah she looked peaceful! She was finally resting after an exhaustive struggle!

I was sad, hurt, a little angry and afraid. Her early death made me think of my sons who are high-functioning, young adults on the spectrum. High functioning can be such a illusory term. Meaning well-spoken; often highly intelligent. Society often doesn’t see, or can disregard how much their skills of daily living can be affected, and how many challenges they face.

A young adult who is “high-functioning” may be able to get the highest of S.A.T. scores, and yet have tremendous difficulty managing day to day life as a college student. All of the deadlines, and projects must be time-managed in order to be completed on time. For the first time they may also be managing their daily lives without the support of their family.

Another "high-functioning" young adult may function well in a work environment where there is a distinct routine or work that requires hyper-focus. And yet, they may find it impossible to navigate things like, living on their own, budgeting, and paying bills on time. Because of limited social communication, they can be highly vulnerable and easily taken advantage of.

(I personally know several “highly functioning” adults who have been scammed out of large amounts of money.)

We have a family friend (lets call him Michael). He is 21 years-old. He just completed an Associates degree program. He is struggling, caught between a rock and hard place, desperately wanting independence as most young-adults do. Anxiety makes him hesitant to move into the career he studied for. So he remains in an entry-level position on a job that he doesn't like. He doesn’t have all of the skills for independent living. He’s impacted by depression,  fighting hardest against the people who love him most.  He feels a lifetime worth of anger, disappointment, restricted freedom (from his perspective) and a lot of social rejection. It can take a long time for someone on the spectrum to get over the nightmare of high school. Sometimes,  his perception can make his life feel even more difficult.  It is nevertheless, his reality.

My own 25-year-old son on the autism spectrum can be “a lot” to deal with. He talks and asks questions incessantly. He used to blow up my phone every-time he was angry or upset about something. He complains about so many things. I think constantly thinking of something to be angry about has got to be exhausting. He has a flair for drama, which I have come to understand and can read. But, I worry.

"Will he be believed by others in his life when something is terribly wrong?"

He is the epitome of the boy who cried wolf.

As he matures, his quest for constant attention has gotten better. Still he wants to be seen and heard. He doesn't seem to care whether it's positive or negative attention. Attention is like oxygen to him. As his mother, I try to give him the benefit of the doubt. I try to listen, but even with that, it is a real journey of setting and keeping boundaries for the sake of  my own mental health.  And I think, I am one of the most patient people on earth! (At least I used to be before they fried my nerves.)

What will happen to him if I’m no longer here? Will the rest of the world have the time and patience to deal with his difficult personality?  A question many autism parents ask.

I watched my very real, Facebook friend struggle this past year. She would write posts daily, practically screaming to be heard. The isolation of quarantine in 2020 was difficult for many of us. Those of us with mental health issues were heavily impacted by the level of isolation.

Kate messaged me a month ago.  She asked, "Will it be okay if I PM and we could have a convo cus I feel like I could learn a lot from you? But if not that is okay you probably have your hands full."

I had to level with her, ”I’m not always in a good place myself and I don't have all of the answers. But I will listen and respond when I have the capacity to give you a thoughtful reply.”

At the very least I wanted let her know that she was both seen and heard, despite her extensive list of troubles.

I told my 22 year-old son on the day that she passed, that people like Kate have been a large part of my purpose in this life.  Through writing our story, I met Kate and many young-adults on the spectrum who were struggling through the teen years and young adulthood. Some of them had parents who from their perspective, were not supportive. They write to me when they are facing a challenge, or just want to be heard.  It's one of the things I'm most proud of in this life.

I hope and pray that someone reading this will reach out to a person who is struggling, no matter how difficult their personalities may be. You can have boundaries and still support someone with autism or mental health issues. See them. Hear them. 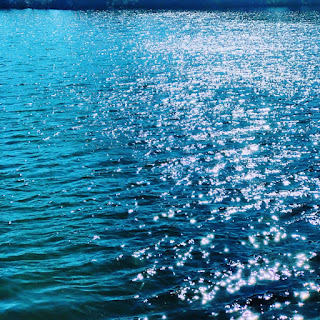 Self-help by the ounce

Comfort me with optimism

Speak to me in silence

Remind me what I know

Take me on journeys

As I sit in stillness

on my perpetual journey