My youngest son Blue graduated from high school one-year-ago. It feels like three.  I'm exhausted. I think my last nerve has disintergrated and there isn't anything left to trample on.

This is my third and final launch and things are not going smoothly.  You'd think I would have this figured out by now. This is the one I hoped would be the easiest. I could not have been more wrong.

Every day we fight about something, everything, and nothing.

To ice that cake, I'm not quite finished launching his 22-year-old-brother who also has autism, anxiety and a mood disorder. He's out of the house, but with his recent move to another city, there are all-new transition issues that are coming up. His anxiety goes up, his phone calls increase, which means my anxiety goes up and my patience is short. 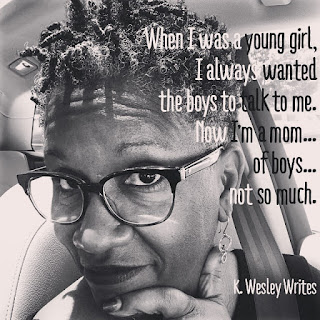 The phenomenon --kids in their late teens and early adulthood not getting along with their parents has been happening since the dawn of time.

I remember breaking away from my mother. I was eighteen when I told her I was done with the religion she raised me in. I would no longer deal with the judgment of those people. I would find my own relationship with God. I'm sure she loved every moment of that conversation.

Look. I get it. Young adults don’t want to be told what to do or be limited by their parents.  This is why they should move out. This is why they go away to college or go away somewhere, the military, anywhere, but away, to start their journey to independence. Unfortunately, in our situation, that has not been possible thus far.

Blue spent this year transitioning into community college with a great deal of angst.

The second semester was slightly better than the first as he got more used to the new environment.
.
I got more and more used to the fact that this story was not going to play out the way that I had pictured it for so many years.

I can't tell you how many times I have to stop myself from thinking about some of his peers who are also on the autism spectrum, who are moving right along, attending a University, working, driving and living on campus.

Nope! You’re not supposed to compare your child to other people. Ever. Out loud. Try telling that to your brain. Try not feeling the pain of dreams broken and dealing with a new reality.

I know that everyone has their own journey. His journey is not mine to decide and all of that. He has his own strengths and challenges and his life will unfold the way it's supposed to. I can't lie though. I wish things would move along a little easier and a little faster. A sister is tired. I'm ready to step back and watch him wander off into the horizon.

From the time he was in the 6th grade we were planning for him to have a college career. That’s when he started taking advanced math. All of his grades were nearly perfect. He had such a great work ethic. He pushed himself to the next level without any prompts.

We had been told by several teachers, “With his grades in math and science, he has the kind of brain that would make an engineer or a scientist.”

My eyes lit up. I was eager to see him soar …out of my house and towards success.

In middle school, his Special Education team did their best to edge me out of the Advocate role by the time he was in 8th grade

He became his own advocate. In middle school, he once sat in a meeting full of teachers and administrators fighting for this one particular teacher to adhere to the terms of the accommodations of his Individual Education Plan.

Yeah. She was a real piece of work and I wanted to thrash her, but I sat back and watched him fight his own battle, and I was proud.

By the time he was in high school, I was able to sit back and take a seat while he did the driving.  (It was a good thing because his brother was busy making me crazy with HIS transition to adulthood.)

Blue’s coursework in high school was advanced for the most part. Like I said above, he did have accommodations. His anxiety was the major factor that slowed him down even though his intellect and work ethic were on point.

The biggest among the accommodations in his I.E.P. was extra-time for processing and turning in major assignments.  He also had a tracking teacher who worked with him to make sure things were not falling through the cracks.

He was always such a good student who appeared to be doing his best. Teachers were willing to work with him. “He’s such a positive contribution to class,” they would say.  They loved him.

He took a college class on our community college campus the summer before "Senior Year Hell." It was Speech Communication. Even with his anxiety, he managed to make an A.

But that same summer is when things started to unravel for him. His anxiety was at an all-time high. We were working through medication issues. He started working on his first job and it was a bit of nightmare. The job ended after three weeks with a meltdown in the parking lot right outside of the store.

Social relationships, especially of the female persuasion, became super important to him.  He has always had friends …lifelong friends who were loyal. He started to see that his new social relationships with groups of teenage girls came along with a lot of conflict. He didn’t have the capacity for keeping up with his course load and all of the drama at the same time. He ended up having to drop AP Physics and was barely holding on in several other classes.

He managed to do well on his SAT’s, but during the time when he should have been applying to colleges, he was barely keeping his head above water.

Per the suggestion from his therapist, we tried to ease him into college by having him carry a small course load.  We didn’t push for him to get a job both because of his anxiety and so that he could focus on school.

I had the bright idea to give him an allowance and some freedom of transportation via Uber and the metro system. One, to give him more of a sense of independence and two, because quite frankly, I am tired of being everything for him. I'm tired of being the designated taxi driver. Most of the time his attitude sucks. He is rude. He doesn't exactly smell like fresh flowers, and he doesn't tip. There have been countless times where I have had to pull to the side of the road and get out because of a meltdown. Meltdowns and driving are not a good mix.

I'm tired of cooking meals for him. I cook and more than half the time he doesn't show up for dinner, and he complains about having to eat here when he does.  I could make a big pot of spaghetti and he would come home and pour a bowl of cereal. Um. Okay dude. I'm done.

I admit, at first I was happy to have him spend so much time outside of the house. It was worth every penny we were spending.

I justified giving him this allowance. If we helped him buy a car it would end up being even more expensive, than paying for Uber. Not to mention, we wouldn’t have the liability and possibility of him getting into an accident.  (He has his permit. What we have not been able to do is get him to do the actual behind the wheel training.)

Our agreement was that during school his allowance would be in exchange for some basic chores here at home, going to class, and making good grades.  More money could be earned for additional jobs and projects around the house.

What I didn't factor in is that even though we were providing this opportunity for him to earn money, he would come to resent us for not only being his parents but his employers. He sees the chores as my way of "controlling him." Insert eye-roll here.

Gradually, he stopped meeting his end of the agreement. Sometimes he'd go to class. Sometimes he'd sleep all day. And yet, he would ask us to go above and beyond meeting our end of the bargain. He wanted more and more money and privileges. He would actually have the nerve to get really angry when he didn’t get what he wanted.

It was like someone forgot to give him the memo that he is now an adult, and we are no longer obligated to meet all of his wants and needs.

What we are seeing now is an independent soul trapped in the body and mind of a boy who doesn’t have the resources for all of the independence that he wants. He wants the privileges of adulthood without creating that world for himself.

This puts us (and by us, I mean mostly me)  in a position of having to say NO to a lot of requests and demands. Therein lies the power-struggle. He is pissed off that he has to come to me for money, which ultimately means freedom.

I think it's hard for everyone when you first start managing money. I also think when you haven't really worked for it,  it's is like trying to hold water in your hands. It’s leaking everywhere and before you know it, it’s gone.

We have the means to support him, but at the same time, we have the obligation to create a desire for self-responsibility.

This isn't our first time at this rodeo. Our older boys have worked to help take care of themselves from the time they were teens. Adrian, our oldest, also went to college on us the first year. After he blew off our money and came back home, it wasn't long before he had to move out and figure things out on his own.

Now with Blue, we are having to establish new boundaries around finances and spending. All of this is going on at a time when we are the last people on earth he wants to deal with. He certainly doesn’t want to hear “NO” from us.

I  try to give him the freedom to do what he wants to do as an adult. That doesn’t mean that I have to pay for it all. It was getting to the point where he was eating out more than we do, and he has an affinity for sit-down restaurants.  Okay, I'll admit he gets that from me, but when I was his age, I was paying for my own restaurant excursions.

I'm so tired of the fight. I miss my sweet child. Growing up I saw so much of myself in him. He has a kind heart. He has always been the kind of person that wanted to make others feel better. I know he's still in there somewhere, but I'll be damned if he will come out to play.

As he attempts to break away from me, he is less than sweet. He is bitter and he wants me to suck the lemon too.

He is angry with me …a lot.

My stress level is through the roof.

I know it’s not really about me.
I believe it’s about him feeling powerless.
I believe it’s anxiety and fear.
It’s about being at a stage in life where he wants to break away but making it happen feels overwhelming…
Maybe even impossible.

And so it is time …for a job. He starts tomorrow.

I’m praying about it.

Posted by Karen Wesley Writes at 11:43 AM