The process of raising my boys feels like I’ve already done the work of a lifetime. Red is now twenty-years-old and Blue is seventeen.  I think maybe I should just retire now. I deserve it!  (I  fantasize about this ...a lot.) The reality is  the job of raising my children is changing, but it’s not over. It will NEVER be completely over, no matter how much I wish...

(Excuse me for a moment while I cry into my glass of wine.)

We are all at a point in our lives where we are going through a transition.

Red is out of the house and though he has made tremendous progress, (in case you missed it, read about it here in the popular, "I Can Not Die" post) I am still his nervous habit. When he gets anxious (which is often) he calls me. This can mean way too many phone calls to count on any given day. Even deflecting, turning the cell on silent and not answering each and every call, is still an energy drain. He's like a robocaller,  dialing one number to the next between the house, my cell, his dad’s phone, his brother's phone ...it just goes on and on and on.
I think he wants to make sure he is ALWAYS on my mind. Can we say -attention seeking?

As he transitions into becoming a responsible adult, I try to be less of a presence in his life. I  try to work more behind the scenes. I don’t attend every meeting and appointment. It seems to help him speak up more when I am not there to be an extension of his own brain.  He may not be a full-time job for me anymore, but he is still a piece of work!

Blue will be a senior next year and totally opposite of Red, he is already working on becoming independent. He wants me as far into the background of his life as possible! I think I may actually talk to him less than his older brother, even though we live in the same house. He entertains himself.  More often lately, he calls his friends for his lengthy discussions about how the world should work, according to Blue. Score for me!

He’s doing a lot of drawing lately as a calming/coping mechanism.  At the same time, he is slowing down on the video gaming, which usually makes him end up feeling more anxious. He keeps his own schedule, makes his own plans, and even sets up his own appointments. He is driving his life forward academically and socially, and even politically. (He just participated in his first political protest with some kids from his high school). He now belongs to two clubs that meet after school; one that he created, and now a Computer Science Club.  I am just the chauffeur and giver of money.

So as the boys transition, I think it’s also time for me grow up too. There is a pull towards something more than making motherhood the center of my universe. I have the crazy mind of an artist. I feel a certain degree of gravity pulling me towards more creativity in my life. I have scratched this itch with writing this blog during those busiest years of raising my teenagers. I reaped the reward of expounding my creative energy while also having my own therapeutic outlet. Now, there are a few other creative projects that I would like to explore.

The role of mother, wife, my mother’s daughter and caregiver, continue to command a great deal of my energy. However, with Red out of the house, things are a little more quiet for longer periods of time (in-between the phone calls, that is.)

The peace is allowing my inner voice to speak to me more than ever.  I'm starting to think of myself more as an individual with dreams, hopes, ambitions, likes, and dislikes. 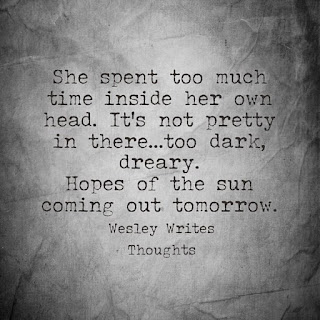 I am spending more time inside my head (which sometimes can be dangerous). I have to admit, I spend  a lot of this time beating myself up with negative self-talk about what I am not doing or achieving, instead of celebrating what I have accomplished. I realize there are still countless things-to-do, but I spend a lot of time juggling them all around in my mind until I feel overwhelmed.  Ultimately, I end up achieving a microscopic amount of my full potential.

Eventually, I find myself falling back into the habit of doing all of the things for all of the people;  running them around to their appointments instead of tackling the little projects I want to complete for myself. I’ve been doing that for so many years. It’s not easy to lose the habit.

One of the thoughts I beat myself up with is how much time I waste in a day.  My therapist and my closest girlfriends remind me, that I deserve some downtime after being completely stressed for so long. However, the quiet self-reflection makes me I feel like I’m spending a little too much time standing around like a deer in the headlights. Um…which way should I go? Instead of just moving …forward.

Recently, a post came up in my Facebook history that I wrote a year ago, "Excuse Me While I Go Left" .  The following day I wrote  "The Script."  After reading both of these I thought, how did I NOTcompletely lose my mind? How did he make it to the age of 20 without either one of us being arrested?
As the dust has started to settle, and the fire after the war comes to a smolder, I reflect...

You made it through one of the most difficult battles of your life. Now, what do YOU want to do?

Better yet, you spent years erasing the essence of yourself. What are the things you DO NOT WANT to do anymore?

I put together this list -the new philosophy for my life with the underlying mantra, “Take care of Me.”

I will not say the automatic yes.
I will give myself time to think about it, and say NO when that is the right answer.
I do not want to consistently put anyone else’s needs and wants ahead of my own.
I will pay attention to my thoughts and follow my instincts.
I will make myself my priority.
I will listen to my body when it says, “I need rest, exercise or to see a doctor.”
I will not waste time with people, just for the sake of being around people.
There must be an emotional, spiritual connection. If there is no connection, I need to move on.
I don’t want to waste time …period.
I want to live my life with intention and purpose.
As a part of that intention, I will relax without guilt.
I will enjoy the sound of the birds singing outside of my window.
I will sit and just enjoy the breeze and the feel of sun on my skin.
I will stop and take a selfie of my silver hair and share it whenever I want to! I earned every last one of them.
I will smell the roses.
I will just be …as often as I possibly can.
I want to see the ocean -often.
I want to create memorable experiences.
I want to be in service to other parents who are walking with me and behind me on this journey of raising special children.
I will take the opportunity to make life better for someone else, but not at the expense of my own life.
I want to live each day creatively.
I will savor every quiet moment.
I will make my home a sanctuary. 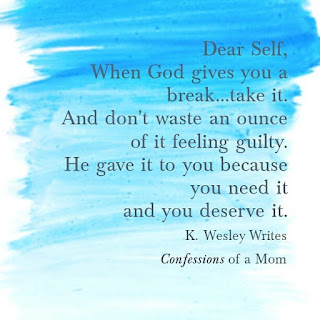 This philosophy is a work in progress, as I am. I give myself credit for doing a better job of taking care of myself.
I now go to *yoga and therapy regularly.
*Lies. Haven't been to yoga in two weeks! I'm going back! I swear!
I bought and am actively using a Passion Planner to keep myself focused on my personal/creative desires, as well as the work of taking care of my family.
I continue to work on showing myself the same kind of love and compassion that I have shown my children for all of these years.
I am making myself a promise to work hard at following my own advice. I hope that you will join me.