Dear God, Creator of the Universe,

You see my family out here in the struggle to make it through.

The signs are all around us.

We are blessed by your favor.

Your angels appear out of nowhere.

They watch out for us.

They nurture and take care of us in the most unexpected ways.

A few months ago, you brought a special angel into my son’s life.

I know this was your doing.

There’s no other way to explain it.

I hate the situations he has lived through for the past two years.

Where he lives now is especially unsavory.

It has such a negative impact on his mental health.

One day out of nowhere, he decided to move from the house he was living in near USC into a sober living house in North Hollywood.

I was totally surprised.

He never told me that he applied for this place. And he tells me everything…so much more than I want him to. Even when he lies, and he does that a lot lately, he ends up telling the truth on himself days later.

He is and always has been sober.

Yes. He is in the throes of some mental health challenges.

I can only guess that he wanted a place that felt safer than the boarding house where he was living at the time.

We now know that house near USC was heaven compared to where he lives now in Koreatown.

Of course, if you can’t get along with people, you will have trouble living anywhere where other humans dwell.

For him, the fewer humans, the better. The fewer people to fight with.

One Sunday, a few months ago while he was living in the sober house, he left the property to attend his church in Hollywood.

She was with a friend, a male.

The two of them were there “evangelizing.”

They saw Kendal with his bible getting off the train and started talking to him.

Lord, you know that I have issues with extreme religion because of my lived experience growing up.

The religion Mom got us involved with was extremely invasive faith.

I know she had her reasons. She was looking for a support system after my father left.

There were good things about it that helped mold me into the person that I am today.

I definitely learned the bible.

We damn near had to recite it and then go door to door preaching it. I hated that!

I realize now that men did some serious interpreting on their own while they were writing scripture.

A lot of what they wrote is in their patriarchal favor.

When the word was written, men made sure that women would serve and give, putting their own needs behind the needs of others.

I guess that was a sign of the times.

Well, thank you god…times have changed.

Remember when I was seventeen, and I told mom I couldn’t do the whole intense religion anymore?

Of course, you remember.

I ran away from that religion like I had a get-out-of-jail-free card!

I began the journey of finding my own relationship with you.

The tenets of the faith that I was forced into felt judgmental.

The judgment didn't feel like it came from you.

There was a lot of “answering to the elders” and “brothers and sisters” in the congregation.

I just couldn’t get with that. I knew that you could see my every step, even the bad ones.

You read my heart.

You gave me grace.

I didn't think you needed little minions down here on earth to help you.

I still have my faith in you and your son Jesus Christ.

It’s the Christians who have their hidden agenda who aren’t my vibe.

Here we are more than 40 years later, and my son is being pulled into a similar kind of religion like the one I hated growing up!

He is vulnerable to the interpretation of and hidden agenda of men who may not have his best interest in mind.

He can not see when he is being told something that is not the truth.

Just like all of the children who were hurt by the priest who was supposed to be serving you.

Instead, they were serving themselves.

That angel you sent him —I had a conversation with her.

She is mature and has lived enough life to hesitate, to not become fully entrenched in this church.

She takes issue with how man-centered the church is.

It's not exactly her vibe.

She seems to think it may be okay for Kendal because he is a young man.

I don't subscribe to that logic, but I know it's not up to me.

You will put him where you need him to be in his journey.

It will not be the same as mine.

Maybe he needs the structure of it.

He told me that he wants to submit to the elders, to which I replied, "That's surprising! You have never wanted to submit to anyone in your entire life!"

Maybe everything that is happening in his life that makes me uncomfortable is all a part of your plan.

I am imperfect and human.

I want to understand everything, but I don't.

I trust that you are all-knowing.

I want to trust even more, but a part of my imperfection is trying to always be in control.

I know that control is your job, but sometimes I be trying to help you.

I hear you whispering, “Sit down girl! I got this!”

Kendal was at that train station at the exact moment where he otherwise would never have been.

He arrived at the train station on that one Sunday and his new friend, your angel was there.

France has been nothing but a kind, gracious, loving friend to Kendal.

She talks to him with love and patience almost every day since they met.

And you know, this is no easy feat.

Im’ma be honest, it’s not easy to love or communicate with this kid.

The interesting thing is that with France, he also talks about your word in between talking about himself.

I asked you years ago to please send someone who would help take care of him, who he would listen to.

I was worn out!

I know, I was in such a hurry for it to happen.

That’s a flaw of which I am aware.

I'm working on it.

He takes her advice.

She is a mentor to him.

The funniest thing about it is that Kendal does not typically listen to women.

Thanks to YouTube, he has this whole “toxic masculinity” vibe going on right now.

Lord please enlighten him on that nonsense!

Last month France showed up on his doorstep with 3 weeks’ worth of groceries.

She and her daughter personally delivered them to him.

He was out of money.

He had pushed the family he has in Los Angeles to their limits.

He was cussing folks out, pounding them with his politics and rants.

And yet, by your grace, he was fed.

When would send money, he spent it on his wants.

Then he would turn around and try to play me.

Talkin’ bout, I don’t have any food.

I had to hold boundaries

I had to say no when he asked for money.

Kendal is one of the most argumentative people I’ve ever met, besides his father.

Sometimes, I seriously wonder what you were thinking when you put me together with these dudes.

My husband is a giver.

My son is one of the neediest, taking-all-of-the-energy people I’ve ever met in my life!

Do you really think I have this kind of strength?!

He was such a lonely, unhappy child.

I over-compensated, trying to single-handedly give him all of the love and happiness that he was craving.

It was never enough.

It was never my job.

Sometimes I find it hard to understand your plan.

As his parents, we worked hard pouring into him.

We stayed together hoping that having both parents at home would give him a better chance at happiness and success.

We fought to give him every opportunity -film camps, Christian Summer camps, swimming lessons, a supportive education.

Yet, he continues to struggle.

I never thought he would live in a crappy house away from home.

He is surrounded by family, and yet, he is still alone because he shuts them out.

This is hard to watch.

Holding boundaries and not swooping in to save him feels impossible --and yet, I’m doing it.

This has to be your grace.

He has all kinds of angels.

Last month a doctor from a free clinic called to let me know what to expect from the medicine he prescribed.

Kendal told him how worried I was and gave his consent to let the doctor talk to me.

Overworked Social Workers and therapists have called to keep me informed beyond the call of duty.

I worked for almost a year to help him get into the California Regional Center.

I was told it would be impossible.

It was a long, painful process.

He was approved last month.

He's waiting for a Case Manager.

It's me too...but I probably would have given up if it weren't for your strength.

The Regional Center can give him the kind of support that he needs as an autistic adult.

Before all of this adversity, he may not have agreed to accept the help.

He was going through the phase of thinking that he doesn't need autism support.

Prayerfully soon, he will get the kind of support that he would never get here in Texas.

It would be nice if you could put a little fire under the Regional Center tho.

Thank you for watching over him.

And please help me to let it play out.

No swooping in, wrapping him in bubble wrap to make things more comfortable for him.

It is through adversity that character is created.

Through all of these challenges, this boy has shown resilience beyond my wildest dreams.

I thank you for that. 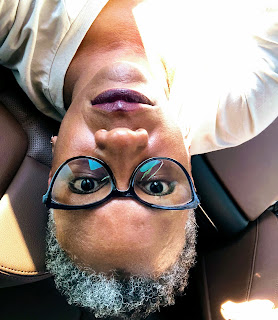