The Only Way to Walk 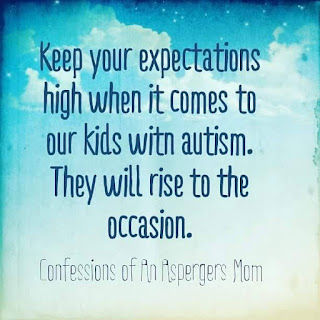 I confess  ~I am glad that I was 180 miles away from Blue this weekend. The distance betwen us allowed me not to fully take on his anxiety the way that I normally do. He was overwhelmed with his research paper and other homework assignments. Of course as always, I felt guilty for leaving, but once I did, I was happy with my decision.

I went to an adult party Friday night at my friend's house in Houston. Well, it wasn't exactly all adults. There were children and teenagers present, but not mine.  It's difficult for me to socialize at a party if my children are present. Who am I kidding? I'm so out of practice, it's hard for me to socialize period, these days. I've reached the point in life, where I don't like small talk. It feels like a waste of my already limited energy. If we're not going to connect --if I'm not learning anything real about you, your life, your world view, or sharing something real about mine, I would rather sit in a corner and play with the animals and small children. Children and pets are always authentic.

But of course, I digress...

During the party, I started getting a texts and missed calls from Blue. He was freaking out about his research paper that was due on Monday. He had gathered so much information and couldn't sort through it all, to narrow it down to a reasonable size, in order to complete the paper. He had already used extended time over the Thankgiving break to get it finished.

After several panicky texts. I called to talk to him. It ended up being a waste of energy. He wasn't listening to anything that I said. He was just venting and spriraling himself up into oblivion. When he finally stopped to take a breath, I redirected him to some of the resources of help that he does usually listen to (his mentor Kylie, his Language Arts teacher and his therapist)  and then I hung up.

The next day, I talked to him one more time where again, he would hardly let me get a word in.
Okay, I get it. Lesson learned. It takes me a while sometimes.

Talking to him is a pointless energy drain when he's like this. After this conversation, I decided that we would only have text communication for the rest of the weekend. This way, I could temper my reactions and empathize with his feelings, instead of being compelled to offer advice that he wouldn't take anyway. I would give short, concise responses that would not translate my heightened state of emotion. Hopefully, therefore, not increasing his emotion.

He continued to rant via text about not having enough time to do everything and feeling pulled in too many directions. He came up with objections to all suggestions given to him by his support system.

Instead of getting upset and emotional, I texted responses saying things like...

"When you're ready, I'm sure you will take one step at a time. It's the only way to walk."

"I know you will get through this."

"A lot of people have issues with procrastination. I know I do. Sometimes, I have to force myself to start working. I just do my best.."

"I can't afford to be a perfectionist when I need to get things done. I have to relax my high standards, because I just want to finish."

"Nothing is going to work!!! I can't do anything! I'm too slow at everything!"

"You sound upset. I'll be glad when this nightmare is over for you."

"I know that there will be a resolution in the end, and I'm willing to bet it won't be death."

"Feeling like I will never finish, makes me want to shut down and do nothing."

"It must suck to feel that way. Well, all you can do is your best."

Then, I started sending messages about chunks of time that I would not be available at all --where my phone would be on do not disturb.  This would give him chunks of time to choose to do the work or not.

I was in Houston with my husband visitng my girlfriend. I needed this time. I don't have much adult socialization (other than online) when I'm at home.

I texted statements like, "I'm going to take a nap now. I won't be available for a while."

Or, "I'm going to brunch. I will not be able to respond for the next three hours."

And then finally, "I am going to dinner and a concert. I won't be able to respond for the rest of the night."

Finally, Sunday night while I was at the concert (Barbra Freaking Streisand, by the way! And Yes. She was phenomenal! It was the concert of a lifetime, that I will never forget. Thank you bestie for getting tickets for us! I love you more than cookies!) I received this message from Blue...

He said, "I know you won't read this tonight, but I took the rest of the day and finshed my final paper. Ms. A. (our neighbor) will be picking me up early in the morning so I can finish my test review then."

Ah yes! He has risen to the expectation!

At the intermission, I responded, "I am so proud of you!!!"

He didn't finish everything he had on his plate, but he did finish his paper. One of the reasons it was so difficult for him, is that he such felt deep emotion for his subject, which was Racism in America.  He wanted to put everything in that he had learned in the paper, but he was out of time and it was only supposed to be a 5 page paper.

Here is one of my favorite lines that he wrote.

"...in order to eradicate racism once and for all, we primarily have to face the discomforting battle of defeating implicit bias, along with peacefully advocating for racial integration, reform the criminal justice system, and most importantly, remember to fight oppression with love instead of hate."

Has he been listening to his mama, after all?

I think we both made progress this weekend.
His was putting together a brilliant piece of writing, despite his challenges.
Mine, was letting go just a little bit more.
The distance between us allowed us both to grow.
I knew he could do it.
One step at a time.
It's the only way to walk.