The amount of growth Blue has gone through within the last year is extraordinary.
From the boy who called me a couple of times a week to come get him out of that f-ing high school...
-to the boy who now calls me to process his feelings before he heads back to class.
From the boy who had a meltdown every Wednesday morning because it was uniform inspection day in R.O.T.C.
-to the boy who started his very own club for those who feel like they just don't fit in anywhere else.
From the boy who thought all high school students were complete idiots because they think differently than he does...
-to the boy who decided on his own, to start working on himself, trying to be more positive so that he can get along better with his peers. 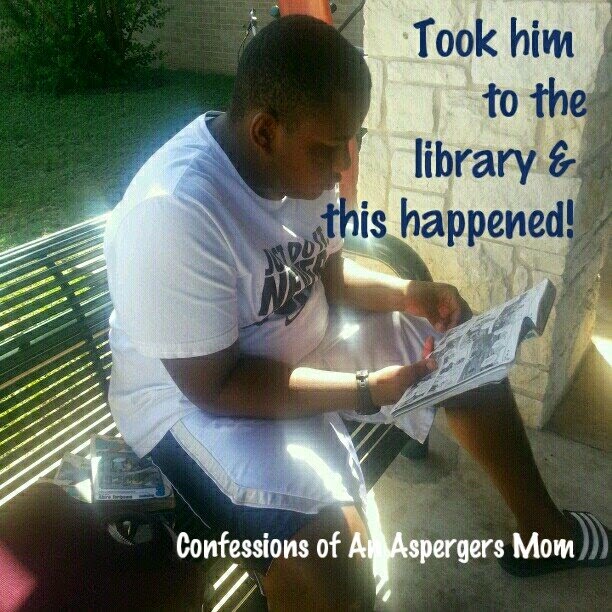 Parents in my support community on Facebook have asked, "What do you think is making such a big difference in him?" I think there are a few factors in play:
Blue struggles somewhat with self-esteem. Initially, depression and negative thinking would not allow him to see himself as successful.  He could not accept a compliment. Even with his excellent grades, he was constantly comparing himself to someone who he believes to be better than him. We put Person Centered Planning on board last year.  However, with his state of anxiety it didn't seem to help very much. He couldn't seem to focus and he really could not see the point of it all.

As we got him balanced out more hormonally and chemically, he started to get more into the process, scheduling his own meetings, without prompts and inviting more trusted mentors to participate in the process.  I am actually very proud of the mentor network that he has developed at school.  He is definitely his mama's son! Except for the whole math and science thing. He's excellent. Me ...not so much.

During the first step in each meeting, we go over Celebrations. What has the individual accomplished over the past number of weeks since the last time we met? Nothing is too big or too small.

This year in his more balanced state of mind, he is able to concretely see the things that he is accomplishing.  He sees that his accomplishments are to be celebrated. He has expanded his planning team beyond just me and dad, to 3 additional teachers/mentors whom he respects.  When he hears their praises and then sees them in writing, it makes him feel so much better about himself.

He floored me when he decided to make one of his goals to become a more positive person.  He didn't like the way that he was being perceived when he repeatedly started arguments with peers and always had to let everyone know of his opposing views. He wanted to change that.

Another goal that I love that he set was to try to understand the way his brother Red thinks, in hopes to get along with him better. That's a work in progress for both of us. Red definitely has a different perception of the world and his place in it.

I could go on all day about the positive things that I've seen happen with him this year, like his development of friendship with female peers, but that's a whole other blog post.  I have to leave something for you to look forward to the next time.

*If you haven't joined my Facebook Support page you really should. There's a link above and on the right.

Posted by Karen Wesley Writes at 10:52 AM