Versions of the Truth 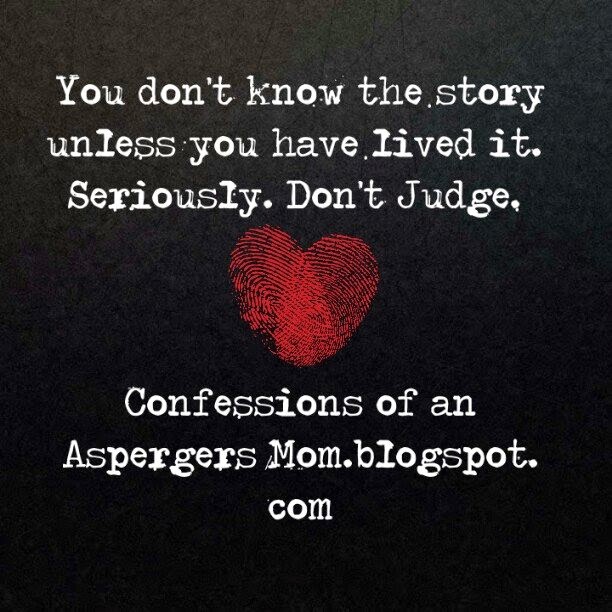 It’s been the best of times. It’s been the worst of times within my four walls lately. I’ve written about much of it here on this blog. I stress that I have written much of it, definitely not all of it. My writing is my personal form of therapy. I write for others who are on a similar journey and for parents who will be facing similar issues in the future. The parents who come here and read our stories honestly appreciate my candor and honesty.

There are plenty of warm and fuzzy blogs out there in blogosphere, if you want the fluff. My life is not all floating on a cloud of flowers, happiness and love. I am raising boys. Easy to love, hard to live with, boys. My original reason for writing this blog was so that my family and friends would realize exactly what our family is dealing with on a daily basis, in hopes that along the way, I might show others exactly what our flavor of autism is.

I do get the occasional hater who comments telling me what I need to do differently. How I need to just kick Red’s ass to the curb like yesterday. Quite frankly, many of the people who leave the most judgmental comments are often on the spectrum themselves. Then there are those who don’t even have any freakin’ kids! Yet, they still consider themselves somehow an expert on my child and my situation.

Most of the time I just laugh at the pure audacity of the judgement. I laugh pretty hard when people try to tell me how to live my life. If I didn’t laugh, oh my God, I would be locked up in white padded room somewhere. (Although, I’ve heard those rooms are blue now. Blue is supposed to be a soothing color.)

Other times, I find myself being a little more apprehensive about what I write because I don’t want to hear what the critics have to say. Well pardon my language but…fuck that.

I have to remind myself that there are far more people who benefit from my writing than there are who detract from it. Besides, most of the time when people try to tell you how to run your life, they aren’t all that successful at running their own. In fact, most of them are a hot mess.  I also remind myself that they are judging from their own perspective and their own life experiences which has nothing to do with my reality.

There is a big divide in the autism community between some adults with autism and neuro-typical parents who are raising children with autism.  I can understand some of the animosity and disdain for us. I don't believe that it is mean, spiteful or even personal. Their feelings about us are based on the way they see the world. Their perspective is likely based on their perception of their own childhood experiences. I say perception, because if you ask their parents or their siblings the way things happened, they would most likely have a totally different point of view.

Blue and I were doing some research last week on John Elder Robison, the author of one of my favorite books "Look Me in The Eye". Our research was for a project he was doing for school. We found that John, his mother Mary Robison, and his brother now known as Augusten Burroughs, ("Running with Scissors") have all written memoirs of their years growing up. For their mom she wrote the years she spent raising her children. All of their stories are different. This doesn’t make any of them liars. It’s just makes their stories their version of the truth.

In the article that we found on NPR.org Lee Gutkind, a professor at Arizona State University and a specialist in creative nonfiction, said this about the memoir, “It's your story, that's what a memoir is. It's your own personal truth, and it is not necessarily factually accurate, and it's not necessarily the truth that other people have possessed."

I know this from personal experience. In our family, if any of us were to tell the story of life in our house, each story would be totally different. Red would say, how much we all worked hard to piss him off! We never did anything to make his life better. He had the most god-awful childhood you could imagine.

Blue would say, his brother sucked the air out of the room. That he never got any attention because we gave it all to his brother. But all in all, he had a pretty darn good childhood, with the exception of not getting nearly as many things as all of his friends had.

My mother would say, I had the patience of an angel with my children. Another day she would say that I needed to knock one of them upside the head and that they took complete advantage of me. There would be no tales of her part in agitating them and not being able to keep her mouth shut, ever.

My husband would say, I was the best mother to our children, but I didn’t gave him enough time and attention as my husband. For all of them, their stories would be absolutely true. It may or may not be factual.

The truth is, I really do not share everything on this blog. On Saturday, I made what I would call a film documentary of a day in my life. If I shared in total the insanity that went on in my house that day, the mental hospital would be knocking on my door asking me why haven’t I checked in yet. It would be …just way too much information. It would be unbelievable.

That’s why I would never do a reality show about my family. It would end up being edited to tell the story that fits someone else’s agenda. And trust me, our story could be quite entertaining to other people. It would be a hit! We’d be rich! Hmm! I could pay for all of the best therapy in the world, which we all desperately need.  We could just move in to a family sanitarium.

I have our true reality documented on tape. The reason I taped it was because, I was seriously considering looking into a therapeutic facility where Red could have his meds assessed. I thought it would be good to show the actual behavior to doctors so that they would know, I’m not making this shit up! He is acting way off! Kind of off the charts! I am wondering how much is anxiety and what could be related to the medication that is not working, or the mixture that is working against each other. I felt like perhaps he could benefit from being rebalanced out and in a safe environment sans all of the triggers that we have at home.

Then again, the truth could just be that he is conspiring to drive me completely nuts, or subconsciously trying kill me from stress. kidding. Sort of.

The bottomline is that I have to follow my instincts as my children’s mother. No one knows them and what they need better than I do. No one walks in my shoes. No one is privy to everything that goes on behind our closed doors. (Well, except my neighbors, because ometimes it spills out into the streets.)

I am not the perfect mother. I have made my mistakes with them and I’m sure I will continue to do so. However, they are my mistakes to make. This is our journey, our path to follow, hiccups, missteps and all. I know for sure, that God lights our path. He is showing me the way. My impulses and inclinations have served them well so far. They end up getting exactly what they need. And so far, they are two phenomenal human beings, even with their flaws and imperfections.

They both have an unbelievable support system because I know their father and I can not do this alone. It takes a village and ours is extraordinary.

Posted by Karen Wesley Writes at 9:31 AM