Anatomy of a Meltdown

It's Friday evening and Blue is edgy.  He is planning his evening.  He is attempting to plan MY entire weekend.  He is driving me batty.

I ask hubby to take him with him to Target, to get him away from Red for a while and out of my hair.  He isn't gone 10 minutes before he calls me.  His friend called and invited him to spend the night.  He wants to know if instead, his friend can spend the night with us, because Blue always spends the night with him and really he's more comfortable at home.  Except he's really not comfortable anywhere.  He likes to completely control any environment that he's in.  He can relax at Jay's house, but not always overnight.

So he wants Jay to stay with us tonight.  Only he may have to stay 2 nights, because it's going to freeze on Saturday and his parents may not be able to pick him up until Sunday.

I know damn well, I am not committing to anyone spending 2 nights with us.  I am frantic at the thought of my own children being stuck together in the house on the freezing, Saturday afternoon and evening. I'm dreading the thought of what should be a relaxing, cold, winter day at home.  Surely, it will turn into a day of cabin fever with the two of them fighting like mad lab rats.

I don't like making any decisions haphazardly.  He's talking too fast, trying to convince me.  I know I will end up with regrets if I say a quick yes.  I can not ever allow these boys to rush me into a decision.  Once I say yes, I know I must stick with it, and once I say no...well...you get my drift.  So, I tell him lets wait until he comes home to discuss it.

When he gets home we start the discussion and decide that the friend can spend one night only. I want it to be Saturday night, but not knowing exactly what the weather will be, he wants it to be tonight.

In the back of my mind, I feel this little itch -a voice inside my head that tells me, tonight is not the night for this.  He is too on edge.  At the same time, I rationalize, this friend can have a soothing effect over him.  Jay is such a funny, easy going kid.  We all enjoy is company.  Maybe they will watch a movie and just chill.

The next thing I know, Red and Blue are arguing loudly over the dinner table.  Blue wants me to make Red leave the kitchen NOW!  He storms upstairs and starts talking loudly about whatever happened between them.   I ask him to reign it in or there is no way we can have Jay over.

What did he hear when I said that?  Did he hear?  Hmm...maybe I should pull it together and calm down!  NO!!!

The term calm down is really superfluous anyways ...isn't it?

What started off sounding like a tantrum over controlling his brother went from zero to 100 in nothing flat.  Saying that he would lose a privilege if he couldn't get it together sent him reeling! It got real ugly real fast.

There wasn't even anytime to get on the phone with Jay and his Mom to cancel.  We were too busy avoiding any collateral damage during the meltdown.

The difference between a meltdown and a tantrum over control can be a very thin line.  A tantrum usually starts over something that they want.  In this case, he wanted control. He wanted ME to control Red. However, once the line has been crossed and the Aspergers child knows that they will not be getting exactly what they want ...all is lost.  Meltdown ensues. During a meltdown, there is no rational thought.  There is only very irrational anger and uncontrollable behavior.

Your typical modes of discipline can not even be put on the table.  If you don't stop this behavior ...you will lose this or that! Stop using that language or this will happen. HA! Control has left the building at that point. It is no where to be found!

No matter how much Blue actually wanted his friend to spend the night, his anger, anxiety and need to control Red and me, was much stronger than the payoff of actually having the friend spend the night.

Sometimes we think our kids are just being bratty. They are having a tantrum or an outburst, in order to manipulate us, in order to get what they want.   They may start off trying to get what they want.  But at a certain point, they completely lose control.  When that happens, forget about discipline.  It's not going to happen.  Just be ready to ride out the storm and try your best not to add to the storm.  Try to minimize the damage by remaining calm, if at all possible.  Believe me...it is not always possible! We are human.

Jay and his mom showed up at our house, just as we were getting the boiling pot back down to a simmer.  Unfortunately, we had reached a point of no return where Blue would not be able to pull it together in order to be good company for a sleep over.  I hated disappointing Jay, but I had to send him back home.

Was this meltdown avoidable?  Should I have just followed that little voice inside my head that said, this is not a good night for this? If I just said no...we will do this tomorrow, would he have still gone over the edge?  Probably. He was already edgy. Who knows? 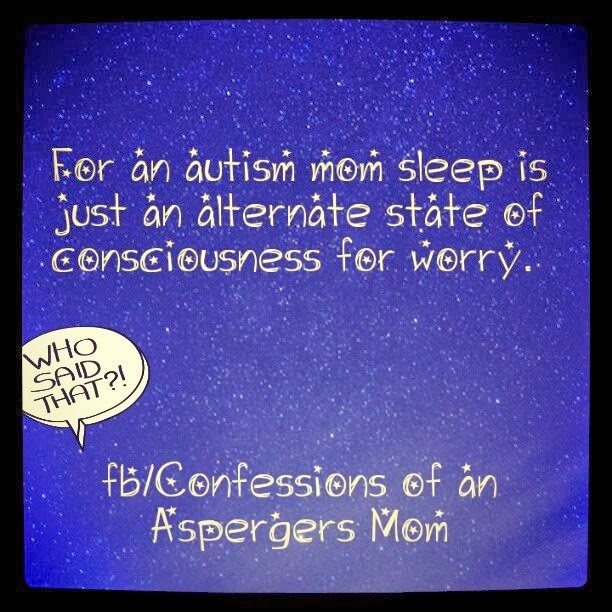 There are never any guarantees when it comes our kids.  Nothing is ever simple.

If things suddenly become simple we are left standing there like a deer in the headlights wondering when we're going to get hit.