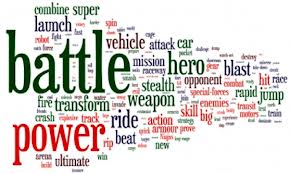 It's simply amazing how quickly everything can turn to shit.

It's a beautiful day.  There were no phone calls from school.  Red comes in the door in a relatively good mood.  There is a girl ...he tells me.  "I have a crush on her.  She's really cute.  She always speaks to me and gives me a hug."

Great! I think to myself.  I never get excited about the girls because a little crush can quickly turn into a fixation that I will spend hour upon hours listening to conversation about.  Then I have to deal with the fall out when it all goes wrong.  I just let him talk, trying not to pass any negative judgement, out loud anyway.

He needs a haircut today.  I interrupt his ongoing one-way dialog to ask him to get ready to go, and while were at it --he should change so we can go to the gym.  He changes, but then pulls out my laptop to show day this video series called, "Six Pack Shortcuts" that he definitely needs to purchase.  He has the entire sales pitch memorized and we have had to listen to it over and over and over again on and off for the past 6 months.

We have had countless conversations telling him that he can save his own money to buy this video set.  We pay for a gym membership.  What's more ...he can go run around the neighborhood for free if he wants to loose weight.  Furthermore, he does not show any consistency to working out, so there is no reason for us to invest any further in this endeavor.  We have told him this hundreds of times.  He is still trying to sell us on it.

"But you guys don't understand!  This is the shortest way to get tight abs."  Any exercise at all is shorter than sitting in front of your computer waiting for it to happen, which is what he is the most consistent at doing.

Meanwhile, Blue is telling me that he wants to go with us to get said haircut, but what he really wants is to go somewhere to grab dinner and then do homework at Starbucks.  He's being quite insistent about going out and a bit on the rude side, I might add.  This leaves a bad taste in my mouth and really makes me feel like making a quick dinner and taking him to the library instead of someplace where I will have to spend money for unhealthy food.

Red is getting lost in his rant about "Six Pack Short Cuts." He can't stop until he gets himself all worked up.  When he comes downstairs, Blue gets into the mix of telling him basically to get over it.  He is regurgitating everything that his father just said and that I have said in the past.  He is the third parent after all. We really need his help, because his older, bigger brother will definitely listen to him and not his parents! ONLY NOT!

This is when all hell breaks loose! Both boys are yelling, slamming hands on the table, getting in each other's faces.  I attempt to cut it all short by telling them both, we aren't going anywhere! Why would I take the two of them out of the house when they are behaving this way.

I can't tell you all how fun it is to have two testosterone-enriched, teenaged boys with Aspergers, both going off the deep end at the same time!  This is why I keep a vodka supply in the house!

Blue is livid!  I send him out to the garage to sit in the big chair we have out there, where he can cool off.  The garage door is open and the sun is shining.  He loves to take sunbaths.  It usually relaxes him.  Not today! He tries to run away.  He always wants to leave and go to his friend's house.  Of course, he calls me on his cell phone to tell me what he's doing.  I cut it short.  Told him he could go for a walk to cool off, but not to his friend's house to go have fun after his behavior here.

He left a ton of homework undone.  This was a part of his trigger.  At the end of a long day of focusing and skipping over landmines at school, some days he just doesn't have it in him to do another 2 hours worth of homework.  He wants modifications and then he doesn't.  I think his teachers are drilling him with, "They don't make modifications in college."  Which in fact, is dead wrong!  You can get modifications in college.  Not to mention how you can adjust your schedule in college so that you don't feel overwhelmed.

In middle-school they are packing these kids down with homework because they are under pressure to get so much taught before state testing.  Do I give a crap about state testing?  No I do not!  He will fly through the tests.  So personally, I don't see why he needs to be stressed out with all of this busy work when the main point is that he is learning and doing exceptionally well with his grades.

There is a fine line between his overprotective mother stepping in on his behalf and allowing this stress to go on and allowing him to advocate for himself.  The teachers don't see what I see at home.  Nor are they aware of what a stressful environment this house can be to work in at the end of a long day.  They don't live with his brother who comes home in the evening and can go off in a rant at a moments notice, which then sends Blue into the depths of hell.

I sent him to school this morning without a lick of homework done.  He does have extra-time in his I.E.P. (individual education plan).  He will have to deal with his teachers today ...advocating for himself.  He will have to let them know what happened last night and I hope that they will work with him.  He is always afraid to talk to them.  "What if they get mad at me?"

I love your comments...
Posted by Karen Wesley Writes at 8:43 AM