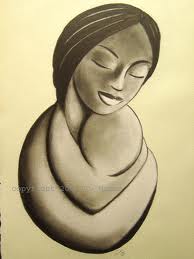 As a mother, I always love my son...but I don't always like his behaviors.   It is especially hard to feel the love when I go out of my way to do something nice for him and he's being painstakingly ungrateful.

For the past week or so, he's been doing a really good job of getting up and getting ready for school on time.  He has also been making a strong effort to get along with his brother.  I want to reward that so that hopefully we will see more of this positive behavior.

I take him to Best Buy to purchase a DVD that he has been wanting.  While we are there of course, he sees something else that he wants.  Not going to happen! Instead of being grateful for what he is getting, he's complaining about what he's not getting.  He can't even see how inappropriate that is.  He can not see that his lack of gratitude makes me more hesitant to reward him in the future.  Not only that -it makes me not want to do anything that I don't have to do for him.

It's Spring Break.  Why would I want to take him across the street, much less on a trip or somewhere where I have to spend extra money?  The flip side of that coin is that I can't take Blue on a trip because of his brother's behavior.  That really sucks.

Dad is out of town this week.  Blue, Mom and me are sitting in the living room watching "The Bachelor" (pathetic I know...but I'm not the only one) when we see Dad's number show up on the caller ID.  We have a cable phone so the caller ID shows up on the television screen.  Red is talking on the phone with a friend.  He sees no reason to click over even though his dad has called twice.  He honestly believes that his trivial conversation with his friend is more important.   When I tell him to hang up with his friend and click over he says, "But I'm talking!"

Have you lost your freakin mind?  I think, but do not say.  I do say, "Do you pay for this telephone?  The man who is out of  town working to pay for this phone and everything else in this house, is on the phone calling his family to say good night before he goes to sleep.  Do you honestly believe that your conversation with your friend is more important than that?"

His answer, "Why are you being mean to my friend? He doesn't understand that and he's going to be mad."
Do I care if his friend is mad?  I give less than a damn.  His friend does not pay any bills in this house.

"I'm sorry if he doesn't understand.  I'll be glad to explain it to him if you like."

At this point, he is tired.  It's almost 10 p.m. He starts getting belligerent about me being mean to his friend.  I tell him to take his tired ass to bed.  He finally does.  He's out like a light within 10 minutes.

I swear sometimes I want to throw this kid out the window.  That would be a little hard since he weighs twice as much as I do.  A girl can dream...

Posted by Karen Wesley Writes at 9:58 AM