The phone rings at 4:05 p.m. It's time to get on the bus to come home, but he can't because there is thunder.

"I can't do it! I can't ride the bus all through the neighborhood, waiting for these kids to get off the bus, listening to this thunder and looking at this lightening! I can't do it! Please Mom! Come and pick me up!"

"Son...by the time I get there the timing will be about the same as you riding the bus."
"Mom PLEASE! I feel safer in this strong building! Please can you just pick me up!" 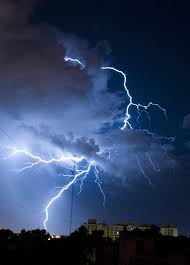 So much for not having to pick kids up and take them to school anymore.  How could I not go pick up my panic stricken child?  The thunderstorm anxiety has grown bigger over the summer.  What was once a little seedling has grown into a full shade tree. We live in central Texas where thunderstorms are the norm and though we have never been truly effected by a storm, my son's fear is very real.  He doesn't like the sound, the vibration, and most of all the lack of control over the situation.  He attempts to regain control by hiding out in the bathroom -for hours.  And now he hides even at the threat of a storm -even if the chances are only 20%.  You just never know!  During the summer he would refuse to leave the house for days on end.

When I arrive, he is pacing back and forth in the hallway near the front door --so focused on the storm he almost doesn't notice that I'm there.  He is shaking...oblivious to how he may appear to his peers.  It is what it is.  There is no chance of him putting up any pretense.  He is authentically SCARED!

We make it home with a blanket over his head and his fingers in his ears to block out the sound.  He rushes straight to the 1st floor restroom where he finds asylum from the noise and the vibrations.  He asks me to bring in his supplies, his IPOD Touch, two pillows, a blanket, and his ear plugs.  He turns on the Jackson Five loud to further drown out the sound.

You add the anxiety of the storm to the anxiety of starting a middle school and you get spontaneous combustion.  Then you throw in the mix of a pain in the ass brother who is also anxious and angry about his new school situation and you get volcanic eruption.  Then you take away Dad who is out of town for the week, and you're left with Mom and Nana who have to coral the circus. Neither Nana or Mom are intimidating or strong enough to break up the physical confrontations, which on the outside are over something as small as, "He's touching my juice box!"  But it's really about my life feels like it's totally out of control and you're not making things any better!


They both have therapists one of whom seems to be somewhat effective, the other one is a joke.  I called my health insurance plan and we arranged that they see the same therapist, to help them to help me to help all of us!  I also found out, because I asked, not because anyone volunteered the information, that I have an additional "Autism Benefit".  Which means I can actually get some in home behavioral therapy, as well as social skills training paid at 90%.  Wow! Thanks for telling me.  I am getting on that train today!

In last nights rant...my youngest son told me that I gave birth to him and I did a terrible job of 'making him' because he has too many problems.  Crying -he went on for 20 minutes telling me why it's my fault that he is the way he is.  All I could do is ache for him and when he let me, I held him and told him that I love him and I'm sorry for what he is going through.  I promised that it would get better.  I massaged his back hoping to rub away his pain.  I implored him to take deep breaths and let it all go.  He did...for the moment.  I turned on a funny movie, "Mousehunt," (thank God and HBO).  I took immense pleasure in his genuine, enthusiastic laughter. 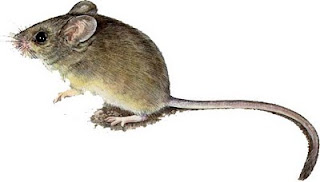 Before he went to sleep I told him that despite how difficult this adjustment to middle school is, he is really doing well.
"Your teachers think you're awesome and smart. They really like you.  You ask intelligent questions, you participate and advocate for yourself.  They are impressed!  I am proud and I know you're going to be fine."

He gave me a half smile and a real hug.  That moment lightened the load in my heart. 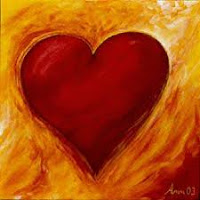