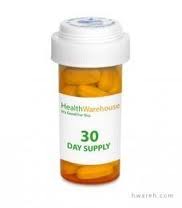 All generics drugs are not created equal...so I came to find out this weekend.  Organized person that I am (not)...we run completely out of Depakote on Thursday night.  Friday morning I send Red to school without it, while I run to the pharmacy to pick up the refill.
"Your portion will be $227.00."  WTF???  How did my ordinarily $35.00 co-payment suddenly turn into $227.00?
"There must be something wrong," I say to the Pharmacy Tech.  She agrees to call my insurance carrier.  Basically, they tell her the amount is correct. Something about if there is a generic available...blah, blah, blah.

I call them myself and get the same answer.  There was a change in my plan?  How can they suddenly change my plan from one month to the next?  It's not time for renewal yet?  I am confused.  I can't have him at school without the med, so I go ahead and except the generic while I investigate further to see what the heck is going on with my insurance and what I can do about it.  I rush off to Red's school and administer the dose.  Just call me Nurse Betty...or Nurse Ratchid...whatever!

Meanwhile, back at the ranch that afternoon, Red has his first incident at the new school: Hiccup ...you know --oops I slipped and cursed out my teacher.  Are the two related?  New generic med given a little later in the morning and that afternoon we loose it with a teacher?  It's hard to say for sure.

He comes home lucid, but as the night comes to a close, he goes on a rant about the incident at school.  He's angry again.

Saturday night he takes his meds.  Several hours later, he asks me if he took them.  He doesn't feel tired at all.  He goes to bed around 11:30 p.m., excited about the Airshow we are going to the next morning.  When I wake him up on Sunday he says, "I couldn't sleep last night.  I just laid there with my eyes open until early this morning."  He opts out of going to the Airshow in order to sleep.  This within itself is a shocker.  He has been looking forward to this for weeks.

When he wakes up that afternoon he tells me, "I wasn't really sleeping.  I was just laying there most of the day."  Well, I know that he did sleep some, because I entered the room and he didn't budge.  Usually, if he's awake he starts talking when I come into the room.

I start to get really pissed.  I know the problem is this fake, generic Divaprolex that we were given by the pharmacy.  I make a phone call to his doctor (hating to disturb her on a Sunday) and she confirms that this indeed could be the problem.  The generic is just rushing through his system, not time released like the name brand Depakote.

Sunday night I give him melatonin to make sure he gets to sleep.  A few minutes later he starts the crazy talk and I know he's getting really sleepy.  He falls asleep as soon as his head hits the pillow.

Two calls to the doctor and the insurance company later...I discover that this was the error of the pharmacy.  They coded wrong when they put the prescription through.  The code they used did not show that the doctor required the name brand.  When I take this crappy generic back to them, they put it through correctly and with my coupon code...I walk out the door without paying a dime.  There were no sincere apologies from them.  No store credit...gift card...nada!

Needless to say...I will not be returning to that incompetent pharmacy ever again! I will be more organized and get all of my prescriptions via mail-order. Urghh!
Posted by Karen Wesley Writes at 9:06 AM