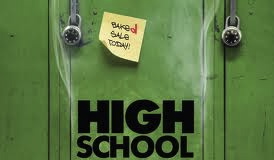 In these days of bullying, school shootings and negative images of Aspergers in the media ...schools are looking at security and their liability, before they look at what is best for the child with the disability.  In fact, even before this era...often times they do what is best for them or what is easiest, instead of what is best for the child on the autism spectrum.  School administration is worried about budgets and staffing issues, test scores, school funding and not always at what is really the best thing for the child who is different, who causes them more work. If you are not paying attention, you can best believe that your disabled child will fall through the cracks.

Red is a 17 year-old, black male with Aspergers.  He stands about 5ft. 10 or 11 and weighs at least 200 pounds.  He attends a school where he is definitely a minority.  He has a behavior pattern  --when some one treats him nicely,  he sees them as a good friend...he gets fixated on them or their group of friends because he wants to be a part of the in-crowd.  He wants to be loved and accepted.  His intensity makes them feel uncomfortable and then they reject him. Then the fixation grows deeper.

He may start to behave in ways that make peers feel even more uncomfortable.  He may be looking at them from across the room ...glaring.  He may approach a crowd and then not say much...which to them looks weird.  There may even be days when he slams his hands on a table, against a locker or a slam a door because he is feeling angry and rejected.  Then he posts these feelings of anger and rejection on Facebook.  F-life!  Everyone hates me!  I'm so F -ing angry.  Nobody understands me etc.

Has he ever been directly aggressive? No.  Has he ever put his hands on another peer inappropriately? No. Are these behaviors a direct result of his disability? Yes.  Absolutely.  Does this behavior need to be addressed and modified? Most Definitely.

We have tried many things to curb this behavior --social stories, social skills classes and groups, individual therapy, prayer, talking with his pastor, talking with his real friends, and male family members.  Is he connecting the dots?  So far ...the answer would be a resounding no.

The school is becoming exasperated with the behavior an the fixation because it involves other students.  One of which is a young princess who cries every he looks in her direction or she sees him in the lunch room or the hallway.  He has said and done some things to make her uncomfortable in the past.  When he was told to stay away from her completely ...he did.  A few months later she comes up to him and says, "You don't have to totally not speak to me.  I mean we can still be nice to each other." They become friends again ...then he does something to weird her out.  And it's on again...she is back in the AP's office crying about the big, bad, black, angry looking wolf!

What should the school be doing?  Trying to create a more inclusive environment...educating students about tolerance and inclusion.  When they see a student who is depressed, lonely and different create ways to make them feel better about themselves instead of vilifying them ...creating some one who is increasingly angry and misunderstood.

I am sick of them calling me about this.  I am sick of him giving him  consequences  because of this particular peer freaking out.  Does his focus need to change?  Absolutely!  Is the way to do that by isolating him and continually giving him consequences that he sees as negative? No!  Is any of that changing the fixation? Absolutely not.

When we meet yesterday ...it is their idea to put him in a more isolated area so that he doesn't cross paths with this group of peers at all?  Nah!  Sorry y'all!  That's not going to work for me.  He has a right to be in the hallways and lunch room as much as anyone else.  I'm sorry if his mere presence from across a room makes you uncomfortable.

What we are going to do is create a situation to get him involved in a positive activity so that he can break this pattern of fixation.  For the next two weeks...he is going to be placed into a role of leadership socializing in the mornings before school with the kids with more severe disabilities who he already helps during a class period.  They know him ...they love him...they look up to him.  He can other wise to hang out in his first period class where there are also some good friends that he interacts with well.

I sell this to Red as this is a way to start off your day feeling good about yourself, instead of walking around aimlessly, focusing on peers who don't really give a crap about you.  This will change your focus and make you feel good about yourself.  I asked him to trust me.  "I am on your side.  This is just like the social skills group you didn't want to go to because you were scared.  It was different.  You didn't think you would like it. But you thrived and made some real connections with people that you maintain to this day."

He will continue to go to lunch and have time to socialize with peers during that time.  I asked him to focus on the peers that he knows well and who reach out to him.  "You are not to go up to that group of peers who never approaches you...at all!"  He agreed and seemed to understand.

I also told the staff if he tries to engage about this particular student, your response should be to redirect him. The script will be "We are not going to talk about that.  Who can you hang out with  or what can you do to make yourself feel better?"  There will be no back and forth dialog about this particular peer and what he thinks she is doing to make his life miserable.  The dialog will be about what can YOU do to make your life better.

I put together a plan and a solution without even really giving them a whole lot of input.  I wrote it all down in black and white.  And this is how we are going to roll for the next two weeks.  We will see how it goes.

And guess what?  I'm not done yet.
Posted by Karen Wesley Writes at 9:05 AM