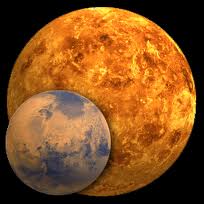 When God created mothers and fathers...mars and venus raising a child here on planet earth ...I suppose the hope was that the two totally opposite beings would somehow balance each other out, the result being a well balanced child who grows up to be a successful adult.

The truth is in the trenches ...it's hard as hell.  I know this isn't my original thought, I'm sure I read or heard it somewhere, but I can't remember where. Anyways, I wrote it as a facebook status a few days ago...
"Raising children is about the most unromantic thing a couple can do together."
Some disagree with me and that's o.k.  Apparently, they don't have my kids.  Don't get me wrong...I think having a baby is romantic.  Hell...babies are romantic.  They smell good.  They smiles are so pure.  They don't talk.  But eventually, they grow in to teen-agers and there is NOTHING romantic about raising teenagers.  I would venture to say ....raising teens on the spectrum makes it difficult to the 10th power.

Say you get married in your twenties.  I was 28.  I had absolutely no idea who I was as a person.  I don't know ...maybe my husband knew who he was.  He had been married and had a five-year-old son,  so he had some idea of what it meant to be a parent.  Neither of us knew what it would be to parent children with special needs.

I had a real romanticized view of what marriage and motherhood would be.  I raised my step-son for a while and before I knew it, my first-born turned into a terrible 2 toddler, whose language we did not understand and the next thing I knew it I was pregnant again.  As we moved into my second pregnancy, we were starting to realize that my first born (Red) ...was not quite developing as he should be.  I had never imagined the possibility of raising a child with special needs.  It wasn't a blip on my radar.

Cut to now...my stepson is out of the house at age 24 (but he still has not grown up).  We have two teen-age sons at home who are on the autism spectrum.  They are stubborn as hell.  Who knew??? Right? Dealing with their anxiety, depression, hormones, defiance, rebellion, autism thought processes and generally pain-in-the-ass adolescence...is a bit much.  Raising them is stressful.  Disciplining them is hellacious.  All of this is intensified when parents are not on the same page.

It's really hard for me to share the duties of parenting with a partner who doesn't do everything the way I would...who in fact, doesn't do anything the way I would.  (insert sarcasm here) I am their mother...of course I know best right? I read all the books, go to all of the therapy sessions, go to all of the school meetings, sit down with all of the counselors, do all the research, read all the books.  I like to use what I've learned to raise them with discipline, yet at the same time, I would like to create an hora of peace in our home.  I can not stand the constant arguing, yelling and screaming.  The boys are often out of control because of their fits of anger and meltdowns.  It is important for the parents ...the adults, who are supposedly not on the spectrum to try to remain calm and in control.  So of course my way is the right way? Right???  (Hubby would emphatically beg to differ.)

Remaining calm isn't always possible.  We are human.  When someone is hammering you with negativity all day you are going to loose your shit every once in a while.  But when you discipline out of anger and frustration ...you are more likely to say things that you don't mean ...things that can be hurtful and damaging to the child whose self-esteem is already in the crapper.  If at all possible, we should take a step back, catch our breath and come back and deal with a situation with calmness.  This is the ideal.  Of course, this will not happen all the time.

Hubby is straight from the old-school.  He has been to some therapy sessions, school meetings, etc.  Has he read very much about autism, discipline and meltdowns?  I don't think so.  He may say otherwise.  But there is always 3 sides to every story.  Maybe one day he will share his with you.  In my opinion ...he wants to parent the boys the way he was parented.  (As if that worked so well.)  Of course, he is a male and is naturally more aggressive and doesn't sugar coat anything.  It's just unnatural for him to use a calm tone of voice when the kid is bucking up with anger, and disrespect.  There is a lot of alpha-male crap going on as well.  Let me show you loud and clear who is boss around here.  At the same time, the boys are becoming young men, who have their own very strong thoughts and feelings although they don't always make sense to us.  And because of their Aspergers, they sound very blunt and don't filter things especially when they are upset, which can feel like blatant disrespect.

My mother screamed at me all the time.  If I parented the way she did...I would be in the nut house.  My husband was parented in the old-school...I'm the parent...you're the kid...do what I say or you will be spanked method.  He parents with a certain level of in-your-face, I'm-the-boss kind of strategy,   which usually leads to even bigger fireworks in our house.  I can't stand it! And he can't stand my Mrs. Softy coddling the boys (as I'm sure he sees it) way of doing things.

What we really need is an outside source ...a therapist to help guide us.  To help us to meet somewhere in the middle of parenting and discipline that is creative, thoughtful and effective.  He doesn't want to listen to me...and I sure as hell don't want to listen to him.  This causes thick as a brick wall tension between us where there would otherwise be love.

Who thinks of all of this crap before you actually have children? This crap is hard!

As a couple we are awesome together...we compliment each other's strengths and weaknesses.  He is loving and sweet, and he loves to spoil me whenever he can.  He is a good provider.  We have such a good time when we are alone together.  We both love to go to concerts, dine in fine restaurants ...we especially love to travel together.  We are also opposites in many ways.  All in all...I think I chose a wonderful mate.  I know that he loves his children.  He has stuck around although, I'm sure there are times when he wants to run screaming...as do I.   If we could only take the stressful parenting aspect out of our relationship ...things would be so much more simple...not reality, but simple.

People think I'm crazy when I say ...sometimes I wish he could just be my boyfriend and baby daddy. You know ...I'll send the kids to you every other weekend and a month in the summer. That way you can parent them your way and I don't have to watch and vice versa.   We could get together once a week for dates and take vacations together.   That may be a little dysfunctional ...but hey!  You never know...it could work.
Posted by Karen Wesley Writes at 9:38 AM