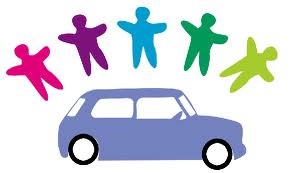 I could use this post to tell you the depressing story of how me and Red went through 3 therapy sessions in one day, one with the School Psychologist, another with the Psychiatrist and one with the Behavior Therapist.  How Red did a great job of processing through and accepting responsibility for his behavior with all of these professionals ...only to totally dump on me all the way home in the car back at square one.  Square one ...where he goes back off the deep end like he doesn't get it at all and he starts blaming everyone and their mother for why he got into trouble at school.

I could tell you how I completely lost it in the car as I listened to his bullshit, thinking about all of the time, money and effort I am putting in to helping him only to have him dump on me as if I've done nothing. (I know this isn't really about me ...but still.  I can only take so much.) I could tell you how I laid into him in the car --pulled up to the house and told him to get out so that I could leave because I couldn't take another minute of his negativity.  How he walked into the house and slammed the door so hard that one of my pictures fell off the wall and broke.

I could tell you how his father barreled down the stairs and took over where I left off laying into him about his behavior to the point where my mom thought he might have a heart attack.  Then Red goes up stairs and puts one of those F*#% this and that statuses on Facebook.  How it was so bad that relatives started calling us to find out what the hell was going on.

I could tell you how my brother called from California and talked Red down ...back to reality.  He tells him how much his entire family loves and supports him and how he should be grateful for all of his blessings.  How Red then takes the F*#% the world status down from Facebook and apologizes to all of us.  And how so many people came out to support him on Facebook and via phone calls to let him know that they have his back.

But all of that would be so boring.  It would be so --the norm for us...and you've heard it all before.  So instead, I will tell you how life is looking up again and how funny this conversation was on the way to school today with Blue and his middle school friends, who are also on the spectrum.

One of the twins has been down in the dumps lately about a girl who is not responding to him the way that he would like for her to.  All teens have these girl issues.  I've been through this before with my typical son. The difference here is  the fixation aspect, and the lack of communication skills to actually get try to convey how they are actually feeling about the girl.  Their is this tendency to want to skip from A to Z without all of the steps in between.  If the girl smiles at them, and is cordial they think this is a cue that she wants to be his girlfriend.  He is sad, because he really would like this girl to be his best friend and/or girlfriend like yesterday and that does not seem to be happening.  He is also really sad about the fact that she is also friendly with so many other boys and takes it very personally.

When we are carpooling, I try to keep the chatter light and cheerful, hopefully taking his mind off of his worries during our travels.  This doesn't always work.

Blue -Are you guys going to spirit night at the high school tonight?
Twin 1 -Yeah...I kind of forgot about it.  But I guess so.
Twin 2 -What electives are you going to take?
Twin 1 -I don't know...maybe football.
Me -Football? What about band? (The twins are both in band now.)
Twin 1 -I don't know.  Maybe I should play football so...you know...I can get some bigger muscles.
Blue -You don't need to do that.  Why are you doing that?  To get girls?  You don't want the kind of girls that want you only for your muscles.  That's not the way to get girls.
Me -Well...it is one way.
Blue -Mom!!! I'm talking to my friend.
Me -I'm just saying.
Blue -If you play football you have to act stupid and all cool and not be yourself and that will not get you the right girl.  Trust me...I know what I'm talking about.
Me -Not all football players are stupid.  I had many friends who were football players in high school and they weren't stupid.
Blue -Mom ...we're not talking about 50 years ago when you went to high school!
Wow! I'm not at all insulted by that.
Twin 1 -Remember what we talked about last night? Keeping the peace with your mom.
Blue -Yeah...but she makes it hard.
Last night Blue ran away to the twins house because he says there's too much fighting in our house.  Now of course -the fact that he can't mind his own business and always has to have the last word has nothing to do with that right?  I mean ...it's all our fault....everyone except for him.
*I hope you all get my extreme sarcasm here.
Twin 1 -I think it will be good if I get more muscles.
Blue -You're not going to get the right kind of girl doing that.
Me -What about band?  You're really good at playing your instrument.  There may be lots of cute girls in the band.
Twin 1 -I doubt it.  Not the right ones.
Blue -Mom! I'm trying to talk to my friend here. Believe me I know what I'm talking about.  Because afterall...he has all of the girls right?  I mean he has so much experience.  Me? I was just born yesterday ...I mean 65 years ago because I went to high school 50 years ago...according to my son.
Me -Oh.  Sorry.  I forgot ...I don't know anything.  I'll stay out of it.

Luckily for them, it is now time to get out of the car.  We're at school --where Blue ...Mr. Know Everything can now hold class without me interrupting.
Posted by Karen Wesley Writes at 7:54 AM