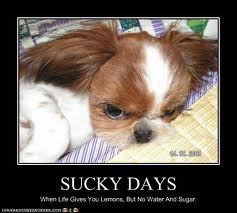 We were on a positive vibe a few weeks ago leading up to the start of school.  Once it started, the reality of it all started to show it's ugly face for my high schooler.  He is light years ahead of where he was just two years ago.  He has a few "real friends" now and a few close associates.  He has a huge support system, both in and outside of school.

He belongs to a very small church that he found through one of his friends.  He has become close to the Pastor and even calls him up when he's going through a really rough day.  Talking to his Pastor seems to soothe him.  He listens and calms down ...at least for the short run.  He also attends a youth group at his friend's church on Wednesday nights.  It's a little more lively with more teens than his own church. He really seems to enjoy it.  But no sooner than he crosses our threshold, does everything he learned at church seem to fly out the window.

He is no longer isolated in a behavior program.  This school year, we are giving him even more flexibility to have lunch in the cafeteria and roam the hallways, being shadowed by staff and administration.  They all know him by name and their eyes are always open.  He is a big tall, good looking black dude in a sea of mostly white and brown.  He does stand out in a crowd.  That has always been the case in whatever school he's been in.  He is popular alright...but not in the way he would like to be.

Red has this pattern of thinking, perseveration and fixation right now on a particular group that he would like to become a part of.  Even more in particular, there are a couple of young ladies in this group that he thinks are the only "hot girls" on the planet, even though I have pointed out several others who he agreed were attractive.  "I want to be popular!" he yells at me, as if I can make that magically happen in an instant.  Even though I have talked to him till I'm blue in the face (and that's a feat because I'm black) about how interpersonal relationships work.  Even though, his Pastor has talked to him, his brother, my nephew, his father, his uncles, his cousins...he remains stuck in his out of touch with reality thinking.  He even said to me, "Everyone keeps telling me the same thing.  I'm beginning to think I'm the only one who thinks this way." YA THINK! He is so not ready for a male/female interpersonal relationship, even though that's all he can think about.  He doesn't have a clue about how they really work.

One of his good friends who is also on the spectrum,  is affiliated with this group, but it's more of a "on the surface" affiliation.  This friend of his is just a friendly person.  He says, "What's up?" to damn near everyone and a lot of people know who he is, partly because of his friendliness, but also because his family is well known in the community.  It doesn't mean he has deep, meaningful relationships with all of these people.

Whatever the case may be...Red has his focus on this group to the point of blindness.  I tried to illustrate this to him by putting a solid book in front of his eyes and asking, "Can you see everything that's going on in the room?"
"No."
"Well...this is what you're doing by focusing on this group.  You can't see all of the other people around you who you could be connecting with.  People who you actually have more in common with.  People who will like you for exactly who you are."
I may as well have been talking to that book.  He didn't hear me any more than the book did...at least not enough to change his rigid thinking.

He can not see all of the opportunities to meet and become friends with people whom he could have more meaningful relationships.  He wants what looks good to him on the surface. The blindness extends to not even seeing what he already has, in the couple of close friends.  He doesn't seem to soak it in and feel the blessing of it, because he is too busy yearning for what he doesn't have.  It has to be an extremely frustrating head-space to be in --to never, ever (well hardly ever) be satisfied or happy with what you have.

We at home get to deal with the brunt of that frustration.  He is angry, agitated, argumentative, annoying, irritable...combustable.   It's like he wants to share the love of his misery with all of us.  NO ONE in the house has the patience for him or what he is going through right now.  I feel like the chief-referree of all fighting...constantly running interference, trying to keep everyone from blowing their top.  Meanwhile...I'm loosing it!  I can't keep the wine flowing fast enough!

I try my best to keep it calm with him.  I try to use the extremely low, calm voice to get his attention and often take him out of a hot bed situation.  But I can only stay calm for so long.  I feel like a rat trapped in a maze...of craziness and I can't find my way out.  It's not a fun way to live...AT ALL.

I used to look forward to aging.  I wasn't afraid of heading towards my late 40's and 50's.  Age does have some benefits.  I definitely am more comfortable with who I am and I will be damned if I let the opinion of others change me.  I know what makes me happy and I will not give up on the few things that I have that give me happiness.  However, I thought age would mean that I would be closer to the finish line of raising these kids.  I thought...as they get older,  become teenagers heading into adulthood, I will have to do less and less for them.  This will mean I'll have more time for myself.  I couldn't have been more wrong.

Do you feel me?
Posted by Karen Wesley Writes at 7:31 AM