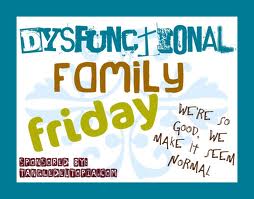 They give a cozy, quiet table in a corner of the busy restaurant.  On the way over Red started on a negative conversation and had an intense desire to carry it over through our dining experience.  I wasn't having it.  I wanted to enjoy our dinner sans the negative, looping conversation that never ends, but only seeps deeper in to negativity.
He starts out with his elbows on the table, to the point where he's nearly laying his entire upper half of his body on the table.
"Please sit up," I ask.
"I'm so tired!  I want to lay down."
"If you want to lay down, you can go to the car or we can go back home.  This is not the place to be laying down.
After telling him I would not be paying for him to go to Six Flags with the church next week, he finally sits up.

There are so many dishes on the menu...it's kind of overwhelming to decide.  It's hard for me to focus with the boys around.  I quickly choose Veal Parmesean.  We've had it before.  Everyone liked it.  I figure it's safe.  This is a "family style" restaurant, which means entrees are ordered in portions large enough for the entire family. I tell hubby what I have chosen.
Blue interjects, "No I don't want that."
It would be too simple for him to just agree with anything I say.  Even though, we ordered this dish before and he LOVED IT!  First of all I did not ask his permission or opinion.  I was speaking to the DAD ...you know the one with the MONEY, who is paying for this dinner.
"What's the problem Blue?" I ask calmly.
"We had that last time.  I just want something different."
Gritting my teeth and biting my tongue I ask, "What is that you would like?"
He has no idea what he wants.  He just knows he doesn't want what I want!  I give him a chance to peruse the menu.

Meanwhile, hubby says he wants to order this multiple pasta dish.  This is also something we've had before and truly enjoyed ...all of us!

Blue starts going off the deep end.
"That's not fair!  Why do you guys get to choose what we're having.  I feel like I'm in prison.  I feel like I should be able to decide!" What!!??? Seriously?
Hubby looks like he's ready to loose it! He is also holding back.  I'm sure he's having flashbacks from back in the day, when his mother would have back-slapped him silly for being so incredulous!  It really irks him when he is spending money and he is met with demands and ingratitude.
I say softly, "Well have you decided on anything?"
"No, but..."
And the nasty attitude goes on until finally Hubby says, "Let's go." And I'm with him.  I would rather not spend this money and sit through this dinner with this attitude.  The waiter comes, brings our wine and asks if we are ready to order.
"Actually, we may not be staying.  We are going to finish our wine, but we may have to leave," I say
"O.K. that's cool.  Just let me know...no rush," says the young, extremely tall waiter.  At least someone is gracious!

"No! We don't want to leave!  It's just that you guys aren't being fare!" Blue exclaims.
At which point, I go off the deep end in the most quiet tone of voice possible.
"Do you realize that we do not have to be here.  If it weren't for your father offering to bring us here, you would be at home eating fettuccine out of a box...frozen?!  And you have the audacity to sit here telling us how we are not treating you fairly!"
"I'm not trying to be ungrateful! It's just..." blah, blah, blah! He may as well be saying.

We keep drinking our wine.  Blue starts looking through the menu again.  He can't figure out anything different to order.  He finally says, "Fine! Just order whatever you want!"
I swear I want to reach across the table at this point.
He keeps talking.  Then I start lecturing.  He knows I'm right, and he really doesn't want to hear it.
We go ahead and order.
Then he has the nerve to say, "O.K. I just need everyone to stop talking for the next five-minutes.  I'm going to set the timer."
Who in the hell does he think he's talking too?
I want to body slam him!  Of course, I don't.  I just keep drinking my wine...the largest glass they offer by the way!
Red is eating the bread like he hasn't been fed in a week.
The food comes.  They all guzzle it down like there's no tomorrow.
Why I wonder?  It couldn't possibly be good.

What is this all about really?
The following morning ...he gets up with an attitude, knowing he was wrong but not knowing exactly what to do about it. In the calmness of the morning, he apologizes and actually asks me what he could have done differently.  I tell him point blank, that he was rude, disrespectful and that I was ready to thrash him last night, but I held back.  I told him, if I had done the same to my mother, back in the day I would have been laid out!

He couldn't believe his sweet little mother wanted to throttle him! But in hindsight, he understood how he came off and said he would try to do better next time.

At this point, I don't know when there will be a next time.  I figured out the secret:
How's that for dysfunction?

Please let me know you stopped by....say hello, leave a comment or visit me on My Facebook Page

Posted by Karen Wesley Writes at 11:27 AM