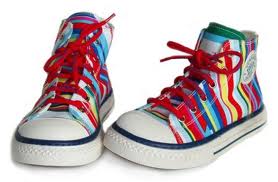 I have been rather preoccupied with the child who has always commanded a great deal of attention lately. That doesn't mean that behind the scene...I haven't also been dealing with my "Easy" child's issues.

After school one day, the phone rings.   It's Blue on the caller I.D.
"Mom! Whatever you do...DO NOT PICK UP PHONE IF THE SCHOOL CALLS!"  He is crying and very upset.  "They are just going to lie to you!"

I try to get out of him what is going on, but when he's this upset, there is no getting through to the actual facts of the matter.  There is just pure emotion, vivid anger and exaggeration.  His anger appears to be directed at his Special Ed tracking teacher.  "She's MEAN!  And she's always getting in my business!  I don't need her help!"  Of course he needs her help.  He would not survive without it.

Shortly after we hang up the phone, Mrs. E. calls.  Apparently, we are still having adventures with the Shoe-Licker.  I have written about this before HERE and Part 2 HERE. The two of them  have supposedly been separated in the classrooms.  However, in the hallways apparently, they find their way towards each other.  This time the Shoe-Licker apparently pushed Blue and slammed his locker shut.  Subsequently, Blue sees him after-school and runs towards him...probably ready to knock the crap out of him, when his teacher screams to stop him.  She quickly redirects him to get straight into the car with my carpool partner...saving him from getting himself into real trouble.

When he gets home, he barrels out of the car running towards me...crying frantically.  He is angry.. yelling.  He is actually cursing!  Yes...this is my so-called 'easy' child.  He has been pushed to the edge.  Mostly he is afraid and angry because he fears that HE has done something wrong.  He is 'Student Of the Week'.  He is worried that has all somehow been ruined and of course it's all the Shoe-Lickers fault!

As the night goes on and he calms down...I start to get more accurate pieces of the puzzle --the story of what actually happened.  Allegedly, the kid taunted and threatened Blue and he did not back down.  He was threatening that he was going to shut Blue's locker.  Blue got in his face, tapped him and told the kid to get away from him.

The shoe-licker says, "Tap me one more time and see what happens!"
Blue taps him one more time.  After-all he TOLD him to do it.
The kid then shoves him down to the ground and slams Blue's locker shut.

So it turns out...Blue is very fearful about the part that he played in the matter.  Of course, I have no problem with it.  He didn't back down.  The Vice-Principle may see things differently.

We have a meeting with the Vice Principle and the Special Ed. Teacher the following day.  Blue tells the whole story, which of course is much easier to do when he's not in emotional havoc.  There is an investigation.  Blue is not in trouble.  The boys apologize to one another.  Finally...there is a schedule change.  Blue is no longer in almost every class with this boy.  I am hopeful that the adventures with the Shoe-Licker have come to an end.

The first day of his new schedule without the shoe-licker I ask, "So how do you like your new schedule?"
He says, "It's fine but...there's this kid who called my friend the R-word."

God help me.  Now he has to be the R-word police.  Let us pray.
Posted by Karen Wesley Writes at 9:26 AM