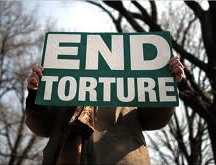 This weekend we are scheduled to go to San Antonio to a time-share resort.  We are meeting my in-laws who are coming in from Georgia.  They haven't been to Texas in a while.  Now that my Mom lives with us, it makes things a little crowded at our house.  So to have some quality time with them, we're going to meet them there.

We will have a 2 bedroom suite with full kitchen, dining and 2 bathrooms.  My in-laws have their own room.  There is an indoor swimming pool, a golf-course and plenty of things to do in the San Antonio area that would keep the average family happy.

We are not the average family.
Nothing is simple for us.

The boys have been fighting like mad dogs lately.  Hormones, testosterone, along with their cousins depression, anxiety and autism have all gotten together to wreak havoc in our lives.  They fight over the simplest, in many ways typical sibling issues.  You know...we've heard it all before:

He's looking at me.
He's touching me!
He's biting his nails!
Stop to telling me what to do!
You're not my father!
Mind your own business!
You're an idiot!
You guys treat him better!
You baby him!
He needs to man up! (This one from Red...What the hell does he know about manning up?)

The truth is they both stay in each other's business.  They both try to tell the other what to do and we can't seem to shut either one of them up.  Their Aspergery quirks and tendencies feed off of each other.

Blue can not tune out ANYTHING.  He has to respond to EVERYTHING.
Red does things to make Blue respond.  He gets a charge out of seeing him lose it!
Of course we tell Blue you would win if you just walk away and not respond.  Most of the time he just can't do it!

Blue is very rule following, rule enforcing.
He tries to parent and enforce said rules with his older brother.
Red is very anti-rule following.
He refuses and gets angry because his little brother is telling him what to do or what NOT to do.

They get mad when the other one has a meltdown and yells at me.  Yet they both do it!

They have very little sympathy or empathy for one another.
Red takes out his anger and depression on Blue.
Blue feels like a target.
Red does and says really mean things and a few minutes later, he's forgotten about it.
Blue is still angry about what Red has said or done.
(You can't really blame him.)
Then Red is mad that Blue is mad.
It's a vicious circle!
Get the picture??

I am not looking forward to traveling with these two.  Travel and change is hard enough because of Blue's anxiety.  Red...is in many ways just a teenager, who doesn't really want to be around his family especially 24/7 like we will have to be on this trip.  This is intensified by Aspergers.  Lately, his social anxiety is kicked up a notch.  When we go into a restaurant he gets this mean scowl on his face.

"I hate being around all of these HAPPY people!"
"Everyone is looking at me."  They're not looking at him, but if they were, could it possibly be the scowl on his face or that he's putting his head down on the table in a restaurant?  I mean this kid has a million dollar smile...when he uses it, but this face that he puts on is really unattractive, to say the least.  He looks like Anakin from Star Wars.

It's really a shame that what could be a fun, family getaway feels more like an exercise in torture.  My husband is actually mad at me for not looking forward to it.  I think he sees it as a personal affront to his Dad who is coming all this way to see us.  It is so not about that!  I would love to see them and hang out with them...if it were really going to be fun!  The truth of the matter is...there will be a degree of anguish for us.  For Red because he really feels uncomfortable.  For Blue, because he hates being the target of his brother's anger.

We can hope that having the grandparents there will mitigate their behaviors.  But that only means as soon as we get behind closed doors...Red will probably blow a gasket!

Am I being negative here...expecting the worst?  Or is this just the reality?

Anyone have any sibling fighting advice?

Wish I could say I have all the answers here...but I don't.  I would really love some feedback on this one...HELP!!!
Posted by Karen Wesley Writes at 8:31 AM