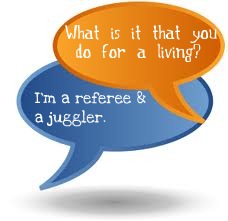 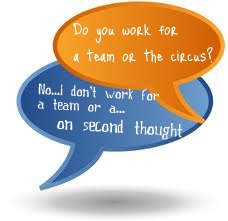 There is no school thanks to Christopher Columbus.  I make good on my promise to take Blue out for breakfast which, is actually a late lunch.  We go to IHOP.  The happiness is visible on his face. The boy LOVES to eat!  It is a simple pleasure for him.  He thanks me over and over again with sincerity.  Afterwards, I convince him to go for a walk to help burn off the calories

At 3 p.m.  I leave Blue at home to finish homework.  (Juggle) While I take Red to go pick up the friend that he has been just dying to have over to hang out and watch his new Blu Ray movie "Fast Five."  I take these boys to subway for an even later lunch so that I don't have to feed them at home...and clean up the mess.  I pay for the food and then go sit in my car to play "Words With Friends" on my phone, so that I don't have to listen to their ludicrous conversation and watch them scarf down the sandwiches like a couple of wild animals.

I call Hubby to come to pick up Blue to take him to a Destination Imagination meeting.  D.I. is a team oriented, problem solving/leadership program of sorts.  (I volunteered hubby to be the Team Manager).  I think it will be a great bonding experience for them.  So as they are leaving...I pull up with Red and his friend.  (Juggle Juggle)

Now Blue doesn't get along all that well with Red's friend and Hubby doesn't really like other people's kids all that much...at least not in our house.  He barely has the patience for his own kids, much less their friends.  I think this goes back to his childhood.  His mother hardly ever let them have friends over...only cousins.  In my house...there was always a house full of kids.  For me...this meant mostly boys.  For some reason most of my friends were boys.  Especially when I got to high school age. (Really...they were just friends!)

Red and his friend start watching the movie until Red's friend starts falling asleep.  He no longer wants to watch the movie.  Red becomes agitated about this.  "I mean...why is he falling asleep?  He doesn't want to watch the movie anymore ...and I don't want to do anything else...so maybe he should just go home."  Wow...lovely social skills there! I convince the two of  them to go get on YouTube or something.  Moments later, I hear  music and singing...loud, bad, singing along with laughter. (This is rare for Red.)  Finally...they are having fun.  Red has been dying to have this friend over.  Yet...I have to tell them how to have fun together.

BTW...they borrow a chair from Blue's room (with my permission) so that his friend has a place to sit while they are on the computer, listening to music and singing loud and off key.

When Blue and Dad come home...I take Red's friend home.  While driving, Blue calls me..."WHY IS MY CHAIR IN REd's room!?"  He's yelling at me on the phone.  First of all...this is MY chair that I let him borrow so long ago that apparently, he has forgotten that it's mine.
"Excuse me but you are yelling and I am driving.  This is not acceptable. Good-bye."

I come home the rant continues.  Dad intervenes.  He is trying to rescue me..however, he does not give any empathy to Blue's feelings.  He tells him to go wipe the chair with a Lysol wipe if he thinks it's so full of germs.  This is not acceptable to Blue.  Dad has hurt his feelings.  No one understands him.  He decides he's going to runaway.

I am kind of glad that he is going to "walk it off" (or so I think).  The problem is it's near dusk.   Moments pass and it's getting dark...he is nowhere in sight.  We are about to send out the search party...me in one car.  Dad in another.  Dad leaves first.  As I am pulling out of the driveway...he walks up.  Moments later, Dad pulls up to the house.  The two of them go inside for another chat.  I keep Red at bay...sitting out on the front porch.

Everyone is so on edge around here.  It's like walking in a field of landmines.  This job is not for the weak at heart.

Peace is made...I'm sorries,  hugs and I love you's are exchanged.  All is well in the world by the time I kiss them all goodnight.

Just another day in the life...