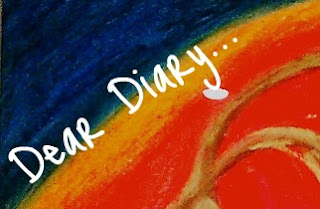 Life has been a little better since I got to go see Sade and John Legend in concert.  She rocked my world or at least shook it up a bit.   Brought back a memory of me growing up in L.A., riding the RTD (city bus) down Adams to Crenshaw to go buy her first album on cassette tape...popping it into my Walkman,  then riding back home listening to her.  This was back in 1984.  I was 19 years old...no car yet.  Each song she sang the night of the concert was a memory of something in my young adult life...old lovers, friends, adventures, those fun times when my biggest worry was what I would do to party on the weekend.

I'm so glad that my husband insisted that we go to this show.  He has taken me to see 2 icons this year...first Janet, and now Sade.  Music is one thing we have in common for sure...of course he is obsessed with his music collection.  He spends hours working on it, ripping it from CD's and organizing it in ITunes.  We really grooved together that night...totally forgetting our worries and how mad we've been at each other.  For a few good hours we were a couple...not parents, which seems like the dominating role we play these days.  Being there reminded me to disappear into music more often to sooth my weary, confused, discombobulated soul. 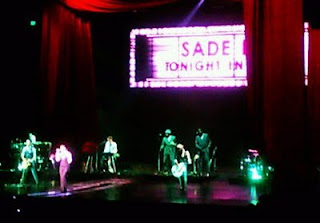 Other than that concert...we really have had no time or energy for connection lately.  I've been to stressed and obsessed with getting Red's meds and school situation straight.  The good news is...we may finally have the meds right.  His anger is definitely down to a minimum.  His outlook on life is better.  He is still who he is.  He's talking non-stop...rambling on and on from one subject to the next.  Asking for opinions and then telling you that you're wrong.  Asking questions that he already knows the answers to...hardly letting anyone else get a word in edgewise.  It's kind of weird, he's doesn't even get on the computer that much anymore.  He wants to be constantly talking to someone...and he wants your undivided attention for hours on end.  It's quite exasperating...but so much better than anger, rage and holes in the walls.

And then there's my Blue...he's a busy little guy with tons of homework and stress because of it.  Once he gets home...he's so done with focusing on work, and he gets overwhelmed because of the volume of it all.  Then he has his social obligations.  He really thinks he should be hanging out with friends almost daily and he's not exactly happy that he doesn't have the time for it during the week.  He is beginning to get the homework 'somewhat' under control.  He is staying after school for an hour to work on it, and he goes in early sometimes, so that he doesn't have to work much more than an hour at home. Still...that's a lot of freakin' homework.

I am still convinced that the volume of work that he has is because of the freakin' budget cuts in education.  They are shortening classes and adding content...pushing teachers to the limits, and not giving students enough 'practice time' in class the way they did before.  Maybe it's just me...but I think it's ridiculous.  That's all we need is a little extra stress in our lives...caused by these idiotic politicians who didn't plan properly for the most important expense in our state...EDUCATION!   I think they really want to keep the masses in America dumb, so that we won't know how to vote in our own best interests.

My life is full of so many little details...there is so much to remember when you are taking care of a family.  Medical appointments, medications, keeping the house supplied with food, helping everyone maintain a proper diet.  Then I have 2 adults in the house who expect me to do the same thing for them.  After having to do so much for Kendal...I loose my patience, and I don't want to have to take care of a grown man on top of it all.  I know I shouldn't feel that way.  After all, he works extremely hard to take care of all of us financially.  But sometimes I want to say, "Make your own damn plate!  No...I don't know what you're going to eat for lunch.  You're a grown up!  Figure it out! "

Mom...she helps out a lot, but she has her days of sitting and waiting for me to do things that she can do for herself.  I had to babysit her through a business call yesterday.  She had everything written down that she wanted to ask...still I had to get on the phone with her.  "I get nervous and I may forget something," she says. 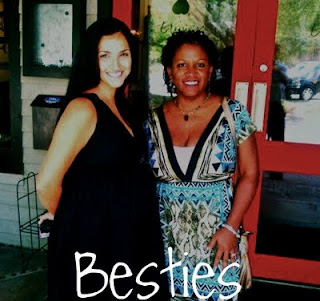 Over the weekend, I left to go to Houston for my BFF's baby shower .  (Such a good excuse to leave! Thank you Ms. T.)  Before I leave on Saturday, Mom asks me what they are going to eat for dinner on Sunday?  "I have no idea...I won't be here."  And 2 grown-ass people will be!

I love them all dearly...but we all loose our patience sometimes.  I do spoil them all.  That's why they depend on me so much.  I'm sure they all have a long list of complaints about me.  I am not perfect by any means...but they have to write about it in their own blog.  This is MY release.  These are my 'Confessions.'

Posted by Karen Wesley Writes at 9:46 AM