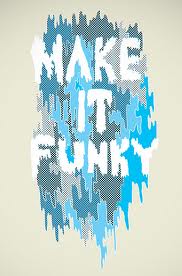 Some days are just plain old funky -and this was one of them.  Moods were swinging like kids on the playground.  Everyone was angry about anything and everything.  The morning starts with Blue being angry because it was -well...morning and he has to go to school.  I picked out a pair of shorts what had a broken zipper.  I mean why would a mother do such a thing?  Incredulous.

I am downstairs preparing breakfast when a Red is listening to "Green Day".  He starts to sing...I hear heavy foot steps, a door bursting open and then, "Heeeyyy! What the heck are you doing?" Followed by, "Get-off-of me fatty!" I drop my spatula and run upstairs.  Red -big one is on top of Blue -little one. I break it up an send Blue back to his corner of the boxing ring. Just call me Ref!

Today we are trying a new form of ADHD medication for Red -the Daytrana patch.  I try sticking the damn thing on and it's not really sticking very well.  Mind you -I'm trying to hurry and get him out the door after the fight and residual name calling matches.  Also -the pharmacy had filled another of his prescriptions with the generic (sertraline) of Zoloft instead of the name brand.  In Red, this apparently makes a world of difference.

Within an hour of his arrival at school he calls to say the patch came off.  I have to high-tail it over there to apply another one.  By the time I arrive, he's completely on the opposite side of lucid.  He's going off about things that I haven't heard about in weeks.  I think he's making up the script of things to be angry about as he goes along.

"I don't want to be here! I hate it here."  Apparently he's been getting angry about seeing couples kissing and holding hands in the hallways.  He takes it as a personal affront.

With assistance from the nurse, I get the patch applied.  I get her to tell him it would probably stick better if he showered daily. (hint hint)  He doesn't want to go back to class.  He wants me to be his audience.  I walk him back to class and try to disappear as quickly as I can.  He is regressing, going back to old scripts making himself more angry with every utterance.  He is in another world.

I leave the campus wondering what the heck is going on?  Is it the new patch?  Is it the generic sertraline?  Is he just loosing his ever-loving mind? Will this nightmare ever end?  I fantasize about sending him to a lovely sanitarium where he can talk about his feelings and paint all day looking out over  green meadows.

I decide to prepare for what will surely be the night from hell.  I have to give myself a break.  I want to go to the art studio to paint -to forget.  Unfortunately, my art instructor is not available for an impromptu pop-in.  I go shopping instead.  I want to go find a good margarita.  I decide against it -I will need my strength and cognizance later.  My mood is low and funky.

I take Blue and his friends out for ice cream after school to avoid Red when he first gets home.  According to my mother, he bursts through the door and climbs the stairs 3 at a time.  He gets to the top screams bloody murder, and starts ranting incoherently.  By the time I arrive, she's given him his afternoon med.  He's eating a cupcake ...perfectly calm.  Weird!

When James Brown sang that song "Make it Funky." I don't think this is what he was talking about.

Check out the lyrics: http://artists.letssingit.com/james-brown-lyrics-make-it-funky-npk2f23

Posted by Karen Wesley Writes at 9:36 AM