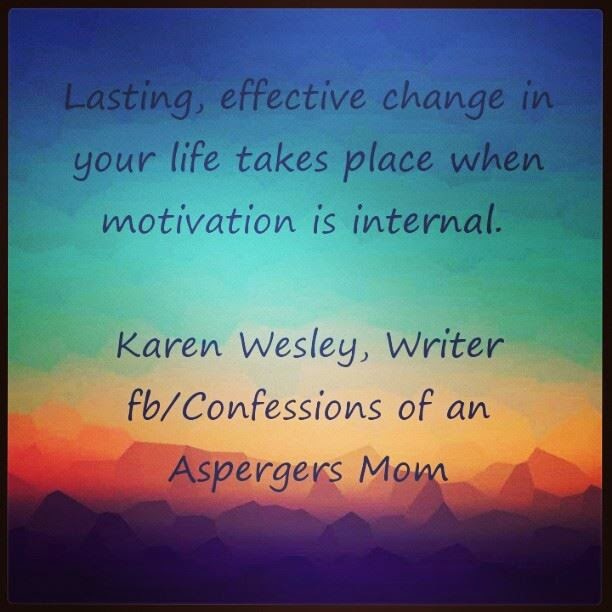 Once upon a time, I could never imagine what happened yesterday. Blue started out like many with autism being a very, anxious, picky eater. So picky in fact, it was difficult for him to be around other people who were eating what he deemed to be "disgusting food," with all of the colors and smells that came along with it. Throughout most of elementary school, he had a little office set up for the cafeteria, which was a three panel cardboard file that he would sit in front of him, blocking his front and peripheral view, so that he could sit at the end of the table, alone, to eat his hand packed lunch, while blocking out the sensory input from what everyone else was eating. He did not care about socializing during lunch. He just wanted to eat and get out of that cafeteria as soon as possible.

Cut to today, age soon to be 16, he has become a real foodie. His palate suddenly opened up when he hit middle school. This may or may not have had anything to do with the fact that he started taking medication for his anxiety. Now, he is willing to try anything! He loves to go to restaurants. In fact, he would eat almost every meal out, if we would let him. Although, he also cooks quite a bit here at home and not just for himself. He will make breakfast for the entire family. He has a good, balanced diet which includes many fruits and vegetables, even salads. Unlike his 19 year-old brother who is still pretty stuck on just a few basic, very plain, very boring foods.

So, there’s a little cafe around the corner from our house. It has Cafe in the name, but I think that’s just a nicer word for diner in this case. Blue went there with his dad for breakfast one day last week. He obviously enjoyed it, because yesterday he woke up and decided that he wanted to go back. This time, he didn’t feel like he needed me, his dad or anyone to go with him.

Yep! So he took a shower, got dressed, headed out around the corner, down two blocks and across a major intersection (with no stoplight) to have breakfast in a restaurant …alone! I don’t think I dined in a restaurant alone, where there were actual waitresses who took your order and you had to leave a tip until I was in my twenties!

He ordered. Ate. Paid his bill, left a 15 percent tip and then walked back home (back across that major intersection). Alone! Like a boss! Major accomplishment! Big. Huge! And yes, I am proud!

There is hope people! Never give up! I’m even still hopeful that someday, Red will actually eat a more balanced diet. Hopefully, that will come when he has a wife to boss him around and tell him what to do.
Posted by Karen Wesley Writes at 10:13 AM