"You Have No Power Here"

This morning I am publishing part of the little love note that Elizabeth Gilbert wrote on her Facebook page today (9/11/2014).

Though Liz is not a mother, I think that this message is so vitally important to us parents in the trenches trying to raise our kids.  In fact, just on Sunday I made this meme for my followers on my own Confessions Facebook Page . I thought it was so ironic that Liz posted a letter with this very same theme today. Of course, she spells it out much more eloquently than I ever could. 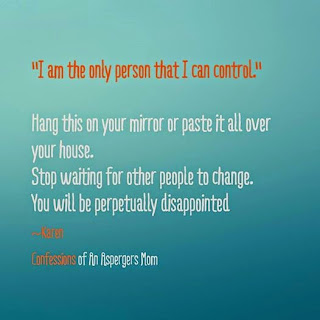 Many of us continue to try to no avail, to control our children. However, there comes a point in their lives somewhere close to the teenage years, where we as parents are really no longer in control.  We are guides, we are examples, we are counselors, we are consultants.  We can not make them believe what we believe. We can not force them to have the same values. They just are who they are, imperfections, unlearned lessons and all.

Sometimes, trying to force them to be who we want them to be, has the exact opposite effect and can even be damaging to their spirits.  A  parent can try to control a child's behavior, but you can not control who your child really is at their core especially, as they grow closer and closer towards adulthood.  You may be controlling their behavior when they are in front of you.  However you may be causing them to lie to you and sneak around in order to be who they really are as soon as they're out of your sight. I've seen this in some of my children's friends. I went through that myself with a controlling mother.  No thanks. I'd rather know the truth about what my kids are doing and who they really are. Even if I don't like it.

I am currently working hard on a couple of new mantras...
"Karen ...just stay out of it!"   (Even when you see the train wreck coming from miles away.)
The second one is ...
"I am the the only person that I can control."

Here in part is Liz's letter...
(Yes. I call her Liz. She's like a personal friend and I'm like her stalker.)

During Oprah's speech at the Life You Want Tour, she quotes Glenda the Good Witch from The Wizard of Oz, in that fabulous moment when Glinda banishes The Wicked Witch of the West with this line: "You have no power here."

Oprah was talking about how important it is in your lives to be cognizant of where you have power, and where you do not. She said that so much of the stress and pain we bring into our lives comes from trying to interfere in other people's energy fields — trying to meddle in domains where we simply have no power.

The truth, of course, is that the only energetic domain in which you have any power is your own. You don't have power over your spouse, over your parents, over your neighbors, over your co-workers. Even regarding your own children, there will come a moment when you realize that you no longer have any power over their energetic domain (and for most parents I know, that moment comes a lot sooner than they are expecting it, and is often a shocker) And trying to hold power (even with the best of intentions) over other people's lives will bring you — and them — nothing but suffering.

Ask yourself how much of the pain you suffer in life is because of something you wish somebody else would be, or do, or fix, or transform. Your friend who needs to stop drinking. Your brother who needs to get a job. Your mother who can't let go of her bitterness and rage. Your father who can't open his heart to love. Your daughter who can't stay in a relationship for more than six months. Your son who needs to change his diet and move to a new city and find a good church and get away from those bad-influence friends of his.

The fact is: You're probably right. All those people may indeed need to make exactly those changes. Obviously, their lives would be better for it. Any fool can see that.

But it's not your domain.

And meanwhile, you're leaking energy, when what you really need to be focusing on is your own power, your own life (which is hard enough to manage, and has its own set of problems that really require your full attention...as any fool can see.)

I have been guilty of this forever. I have a history of getting deeply, profoundly, aggressively over-involved in other people's energy fields — losing sleep and peace over my worry and judgment about other people's lives. (Or, rather, I should say, losing sleep and peace over MY PERCEPTION of other people's lives.) Getting involved where I have no power. Neglecting my own growth and development because I'm too busy minding somebody else's business. Making myself sick with anger or disappointment or sorrow or frustration over how somebody else has behaved. Often destroying relationships because I go around messing where I have no right to be messing. (I don't care if it's out of love and concern — I still have no right to be making myself crazy by getting involved in somebody else's energy field.)

You have no power in their domain.

You have no power in their energy field.

You have no power over their choices.

You have enough trouble (I remind myself) managing your OWN energy field. So focus on the one person in the world you can somewhat control (YOURSELF) and stay the hell out of their business.

Isn't this just the perfect message? It's definitely not just for parents.  Even Blue could use this valuable lesson, as the young man who tries to completely control the world and his environment.

Again, I left some of her words out. You can read the entire letter on  Elizabeth Gilbert's Official Facebook Page (post from 9/11/14).  If you are not following her on FB or Twitter ...you should be. She's full of all kinds of wit, wisdom and inspiration.  She feels like a kindred spirit to me --a much smarter, inspiring, sister from another mother.