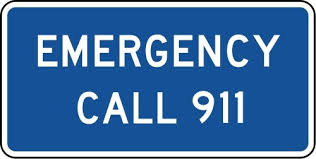 It's a Sunday afternoon.  Hubby has taken Blue to a day at the car races.  Red has gone to church.  My mom is out of town and I have the entire house to myself. I am completely enjoying the peace and quiet until ...Red bursts through the front door.

After months of not attending this particular church because of not getting along with a friend there, he finally went back to say goodbye to the Youth Pastor, who is moving away to another church.  He had finally stopped perseverating on the lost friendship and his focus in attending this church was simply to say his goodbyes.  He has never had an outburst of anger in a church environment so we believe this is a fairly safe move.  Apparently, we were wrong.

As soon as he sees his old friend, he was instantly triggered into negative feelings and anger all over again.  This friend in particular, is also on the spectrum.  He is very high-functioning, making good grades, driving, and he has a girlfriend.  As far as Red is concerned he is also "popular" because he knows a lot of people. People say hello to him and he has good enough social skills to engage in a small-talk exchanges with a lot of people.  Red looks up to this kid because of his ability to overcome the many limitations of his disability.  Because this boy has been involved in the church extensively for a number of years, he receives a great deal of attention there.  Red was quite frankly, enamored by this, and became rather fixated on the friend and wanted to be "like" him.  This of course, made the friend feel uncomfortable and overwhelmed to say the least.

Yes -this friend has a lot going on and is functioning very well.  He does however, have Aspergers and a great deal of anxiety.  Although he may appear to have it all going on, he still has his quirks and it appears to me that one of them is that he likes his friends ...but some of them he would like to keep at a comfortable distance.  He doesn't want to hang out all the time.  Sometimes, he needs to just decompress and be alone.  Red does not know how to handle this.  He takes it all personally and feels rejected and angry.  While being a very nice young man, Red has pushed and pushed him into a corner until he reacts in a manner that is not exactly nice.  Remember, he has Aspergers too ...not a whole lot of filter and when your back is against the wall, there's no telling what you may say.

When Red bursts through the door all pissed off and ranting...I put on my active listening ears for a while and then, I try to help him slow it down so that he can see all sides of the story.  Finally after an hour or so, he seems to calm down.  To get him to completely forget about this for a while, I offer to take him out to lunch. I'm starving and he has given me reason to want a margarita...stat!

Over lunch, he begs me to take him to an electronics store.  "Mom PLEASE!!! I'll do anything.  This will help me keep my mind off of this situation."

Amazing mom that I am ...or complete idiot (you choose) I indulge him.  He has been begging to go to this store for weeks.  I have turned him down every single time.  Today ...I give.

I send him inside, while I wait in the car for him to look around.  I actually fall asleep while I'm waiting.   Over an hour passes when I wake up and realize he is still inside.  I start calling his cell phone.  No answer.

Finally, he comes out.  He looks like he is livid!  What??? I waited almost 2 hours in this car for him to look around in this store, which is supposed to make him feel better and he comes out, looking more unhappy than he did when he went in! Now I'm livid!

What happened?  While inside the store he started thinking about said lost friend and decided to give him a call.  They had words ...unpleasant words.  Why? Because he pushes and pushes and bangs his head against the concrete trying to fix the situation, but ultimately, makes it worse.

What do I do? I lose it!  When he starts ranting about this conversation he had, I cut him off.  "You mean to tell me I waited for 2 hours in this car for you to look around in the store, which is supposed to get your mind off of things and instead, you call this dude and come out even more upset!!! What the hell? Will you EVER learn? Everyone has talked with you about this situation and everyone is telling you the exact same thing! Me, your dad, your therapist, your pastor, your REAL friends and you just don't f-ing get it!!!"  Oh yeah ...I was real supportive.

By the time we get home ...he agrees with me that he WILL NEVER get it!  So guess what? He decides he may as well just die right now.  He makes an overt threat to harm himself and is not backing down no matter what I say.  I hesitate and try to bring him back to reality.  No luck.  I end up calling 911.

Officers show up.  They talk to him.  They process this situation with him as another set of officers had done a few months before.  It's becoming a routine of sorts.  I think by the time he leaves my house, I will be on a first name basis with the entire police force of our small city.  Isn't that pathetic?

Yep ...when the officer comes in Red asks him, "Do you know so and so and so and so? (Other officers on the force.) Yeah, they're friends of mine."  In other words...I have connections.  Don't take me away.

It's almost like an attention thing ...a positive reinforcement.  He gets a whole audience full of people to listen to him and tell him everything will be o.k.  I really didn't want to call them for precisely this reason.  But then, if something happened and he really did harm himself, I would feel like absolute shit for the rest of my life.  It is my job to protect him ...even from himself.

This time however, the officer wasn't quite as warm and fuzzy as some have been in the past.  I told him straight out some of the crap that was coming out of Red's mouth before they got there, because of course, by the time they came he was a model citizen.  The officer told him sternly, "You are 17 year-old and in the state of Texas you are considered an adult. You can be held responsible for the things you say, even in anger.  Saying, XYZ can get you arrested or you can end up in the hospital and then you, your mom and dad lose control of the situation.  Trust me ...you don't want that to happen." Imagine that.  My 17 year-old son who acts like a 13 year-old boy, being considered an adult by the state.  Ludicrous!

Red admitted after the fact, that what the officer said scared him.  I can only pray that it scared him enough.  There are no guarantees when it comes to this boy.  None!

We followed up with his therapist the following day.  The therapist explained again the permanence of such a decision and how it would effect all who love and care about him, and that is a big group of people.  There are so many who love and care about Red.  There are so many family members and mentors who are heavily involved in his life, who would be devastated if his life was lost.

I don't know how I will handle this situation the next time...hopefully there will not be one.  I am human.  I reacted emotionally.  I just get so tired of doing, doing, doing --everything I can to give them an ounce of happiness and sometimes if feels like all for not.

I wrote on Facebook that day as I sat in the parking lot, "What kind of mother sits in her car for hours and ends up taking a nap while her kid looks around in an electronics store?"  Answer.  An idiot!  I sure feel like one for going above and beyond for them when in turn, they don't think about me or how I feel.  Instead, they are thinking about some idiot person who doesn't want to be their friend anymore.

For all of my frustration I know that their journey is full of excruciating pain.  I ache for their lost childhood happiness and innocence.  It has been stolen by autism and the depression that has come along with it.  So I keep marching on ...doing what I do the best way that I can on any given day.
Posted by Karen Wesley Writes at 10:12 AM