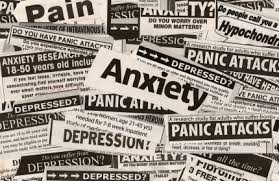 It was one of those mornings where I did not want to get out of bed.  The night before, by the skin of our teeth, we were able to have an evening out.  We had tickets to see Alicia Keys in concert.  Yeah...o.k. --so what if we were the old people in the crowd.  You know the people who needed earplugs, because although her voice was beautiful, the music was so damned loud, I thought my eardrum might burst.

The week had been more stressful than usual, if one is to believe that is possible.  I had a pre-IEP meeting for Red...where we tried to put together an elaborate plan to get him through graduation next year.  Guess what?  They want to get him out of there early.  That high-school campus and Red are like fire and dynamite.  I am praying that he will thrive once he gets out of that hot bed of social landmines --the cliques and the couples, the popular people that he wants so desperately to be one of.  He has been spending the majority of his time this year focusing on this social-nonsense.  In fact, when asked in the pre-I.E.P. meeting, what he would like to accomplish within the next year, he said, "I want to be popular!"  That's it! That's all!  No -I want to graduate, or I want to get more video editing experience.  Just -I want to be popular.  You know ...the impossible.  That's what I want. He says that's what he wants yet, his actions will bring about the polar opposite popularity.

After our after our long, drawn out, planning meeting, I drag my tired self to get something to eat, and drink at the place 'where everybody knows my name.'  I had just ordered an afternoon margarita and lunch when I get the phone call ...da da dum!!!! Drum roll please!

"...I think you need to come and get him.  We've never seen him quite like this.  He is cursing and yelling and he is not backing down.  He cursed at another AP and we don't want all of these folks to get involved in the situation," says his teacher.

Great! Cancel that drink that I desperately need! Bring me the food though.  I'm going to need my energy.

I'm shaking both from exhaustion and anxiety as I drive back to the school.  I find Red in a completely manic state.  He is making some pretty explicit threats of self-harm.  It seemed that there was no backing down, even after I arrive.  The campus officer ends up coming to have a chat with him.  There is something about that uniform, gun, and taser that calms him down pretty damn quick.  The officer is pretty awesome with him ...he is not antagonistic or threatening.  He is actually, unbelievably nice and supportive.  He brings Red back down to earth to the point where I can take him home.

By the time we get home, he is physically and emotionally drained.  I am able to get him to lay down and within minutes...he is fast asleep.  Meanwhile, I'm on the phone to his doctor and therapist about what to do.  We put a plan in place and I schedule an appointment for him to see his therapist the following day.

The following day, I also have a meeting scheduled with Blue's team of teachers.  His anger, anxiety and depression has been significant lately.  Hormones and puberty are wreaking havoc on his poor mind and body.  Medication tweaking has done very little if anything, to help him.

During Spring Break I did see more smiles than I had since school started, but once he started working on assignments for school ...it wall went downhill fast.  He just became so overwhelmed.  He told me how unsupported he feels by his math teacher.  She has tried to avoid giving him the accommodations of his IEP.  He has been a great self-advocate this year, but this bitch is trying to intimidate him and make him feel bad for needing to use his extra-time accommodation. Wrong answer Sweetie! I may smile and be nice but don't mess with my boy or you will meet a bitch who will turn your world around.

Blue and I both do an excellent job presenting the issues in this meeting.  I defer to him to tell the entire group how he has been feeling.  The Assistant Principal is also in attendance.  I am glad he's there because I want it on record how this math teacher has been behaving.  She sat there like a sour puss, hardly speaking at all until she didn't have much of a choice.  She appears to lack any compassion.  She definitely wins the award for the Most Unhelpful Teacher of the Year award.

Talking in front of his entire team of teachers, standing up and advocating for himself is very stressful for Blue.  However, he did rise to the occasion and made his mama proud.  Once we tackle these adolescent years, success is written all over this boy's future.  I just feel it in my bones.  Give him a few years to mature and watch out world!

The following evening we make arrangements for Blue to be at a friends house while we have Date Night with Alicia Keys.  His friend's mom brings him home just before bedtime.  My mistake.  I should have just let him stay there until we could pick him up.  He had a major meltdown just before we came home.  As tuck him in to bed, I try to get him to do some deep breathing.  He can hardly pull it together enough to really exhale.  Before I leave the room he says to me, "Mom...I don't trust God anymore.  Why is he letting this happen to me?"
That's it...finished! Heart. Broken.

It's well after midnight before he gets to sleep.  When I go to wake him for school the following day, he says, "I can't do it mom.  I can't go to school today.  I need a break."

Hubby had already tried to get Red out of bed, this same morning, to no avail.  I refused to poke and prod him out of bed.  So I have both of them sleeping when they are supposed to be at school.  I lay in my own bed seething with anger because Red is refusing to get up.  This is actually the second day that he would be at home from school.  But I'm done!  Something has to give.  I refuse to keep begging him to go to bed, and begging him to get up in the morning.  I am weary, depleted and exhausted, unable to move so I lay there trying to figure out what to do.  I decide to do nothing.   I let them sleep.

Blue hits the floor around 11:30 a.m.  Red doesn't hit it until 1 p.m.  Obviously, he was pretty tired.  I could have forced the issue and made him go to school, but then we may end up with a day like he had earlier this week ...completely falling apart.  The same for Blue really.  He needed some rest.  The difference being, that the night before...Red refused to go to bed.  So for him, there is a consequence of not getting up and going to school on this day.

"I'm sorry that you chose not to go to bed, and not to get up this morning.  There will be no electronics today.  No computer, no phone, nada.  We are going out to get some exercise, we are going to do some chores and we will make sure you get in bed early tonight.  If you do not get in bed on-time...that computer will not be in your room when you wake up in the morning,  and it will not return until you have gotten up on-time for school every day next week. That's the entire week.  Just so you're clear."

Of course, that's not fair! I'm the worst mom ever.  But at the beginning of this day, I was ready to pull the covers over my head and stay that way.  By the end of this day, after we exercise, get the boys haircuts, run errands and do our chores, both of the boys were more relaxed than I have seen them all week.  All in all I would say the Mental Health day was a success.

You can put money on the fact that they were both in bed on time.  And yes...Red did get up on his own the following morning and got himself out the door...independently.

Around the world in and back again....just another day in the crazy life.