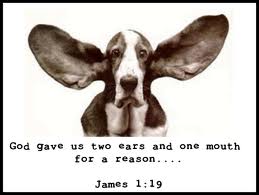 We have the same conversation nearly everyday after school and you guessed it ...it's about girls and the mighty quest to get a girlfriend.  This is the current fixation...perseveration that we are living with.  It makes me want to jump in my car and keep driving until I make it to the Pacific Ocean ...or at the very least --to my favorite margarita joint.  Some days I avoid being at home when he gets there after school, because after a day of being at school and "having to watch all of those couples in the hallways" he wants to come home and release his frustration...and yes, I am the lucky winner who gets to engage in the same conversation every-single-day.

He even gets on facebook to have this conversation....
"It really sucks that all the hot girls only like the buff guys!"
"It makes me so angry when I see girls with ripped guys! They're douche bags!"
"Why are girls in high-school so shallow?" Yeah...this one is a real winner.
"I hardly have any girls who are even friends."
"Why do you have to be ripped to get a girl?"
And the fait accompli...
"Someone told me I have to go for ugly girls first before I can get a pretty girl. Really?"
Yep...that one is going to score tons of points with any female who is reading it.

So one of the moms on my Facebook Community, (thank you Jessica) suggested that I just become an "active listener" instead of trying to advise him on a problem that we can not readily fix.  There is no answer (at least not one that he is willing to really hear).   The suggestions from me and anyone else he knows just go around in circles --in one ear...out the other...down the street, around the corner and back again.  It never sinks in...he never agrees.  He just wants to talk about it.  He just wants to be heard.  He just wants EVERYONE to know how frustrated he is.

I decide to try just listening, saying things like, "I understand how you feel. Yes, I'm sure that must be frustrating." When he asks a question, I say something like, "I don't know...what to you think?"  It works for a while.  I am less emotional.  I am not so invested because he isn't taking my advice.  I am divorced from it...or at least legally separated.  The conversation goes on for a good 45 minutes or so.  I'm really tired of it at which point comes this question...
"Do you think I would have a better chance to get a cheerleader if I were a football player?"
"Well lets see...you're in 11th grade.  Football season is already half-over.
Do you like to work out?  Do you like to run? So do you think you can suddenly become a football player in your Senior year?"
"I dunno."
"Well then I don't really think there is any point to this question...is there?"
"Just answer it!"
"Well...what do you think?" I ask.
"I just want you to answer it?"
"I want you to answer it for yourself."

This goes on for about 20 minutes.  He gets louder and louder because I just can't do it.  I can't...won't...whatever.

Now maybe I'm being a bitch here.  But I have answered this question already 9 zillion times.  He knows damn well he is not about to become a football player.  He knows that if he did ...yes it may ever-so-slightly increase his chances at getting a cheerleader.  But getting a cheerleader is so far off the mark from where he should even be looking.  I mean why doesn't he just ask Jennifer Lopez to be his girlfriend?

He knows...he should be looking for friends...female and male.  He knows that he is the one being "shallow." He knows that his focus should be on getting his education and building his future.  He knows that establishing good friendships is the key to finding someone who really understands him and loves him for exactly who he is.  He knows all of this because I have told him this ...over and over again.  Everyone he knows has told him this.  Relatives, friends, his brother, his father, his Pastor, friends at church, his Facebook friends...everyone!

Now he may not know exactly how to go about this...friend making of the opposite sex.  He does have some deficits in social skills and conversation starting.  But the biggest part of his problem is the tunnel vision.  He seems unable to take a 360 degree view of the world.  He only looks through a narrow tunnel at 1 or 2 people who are difficult if not impossible to get.  With his black and white thought process...he is stuck on girls are either ugly or hot...two words that I have come to absolutely loathe when it comes to describing young ladies.

"So if I can't get a hot girl...you're saying I have to get an ugly girl."
To which I vehemently reply, "There are no ugly human beings!"
I hate that word ugly! Did I say that already?

The good news is...I didn't get emotional this time.  I didn't answer the question.  I made him answer it for himself.  And today when he comes home from school.  We will go through the same routine...again.

The other good news is that I also found him a new "expensive" therapist that specializes in Aspergers, adolescence and dating.  He can talk to him too. Too bad it's only once a week and not everyday after school.
Posted by Karen Wesley Writes at 8:47 AM