He's Got the Blues 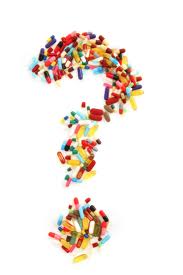 I've been wanting to write a post about medication changes and the blues it's giving Blue.  It's such a draining process and therefore draining subject to think about much less write about.  I've been going through this for so long...first with Red and now with Blue.  A sistah just can't seem to get catch a break.  Now that things have settled down a bit with Red...it's Blue's turn to fall apart.

A good part of this past year has been pretty challenging for Blue.  He's growing and going through lots of changes hormonally, which has had his anxiety and anger factor turned up to max volume.  He has gone from my easy child...to my problematic child as he approached the big 13.  He's inflexible, angry, incredulous, impatient and overwhelmed by all of his many, many thoughts.  His mind is spinning at 100 mph and the rest of us can hardly keep up.  He is making straight A's, however he seems totally spent when he comes home from school because of social issues.  He's so exhausted and drained mentally, yet he pushes himself and makes homework bigger than it has to be.  Most nights by bed-time he is a complete mess.

A little over a month ago we weaned him off of one med and started him on another.  I don't really want to get into specifics because as we all know, each med works differently for each individual child.  Let's just say it's in the SNRI class of drugs, which is supposed to treat depression and Generalized Anxiety Disorder.  We started minimally lets say with 20 mg.  When that didn't seem effective the docs decided to move him up to 40 and then 60 mg, which is the max for his height and weight.

Did it change things for the better? No.  He seemed to become not exactly anxious, but very aware of all of the things and people who really got on his nerves and he felt the need to let us all know about it...angrily.  We were up to at least one explosion a day...at least. So I'm thinking...this is not working right?

The Psychiatrist who always wants to add another med,  but I have to see her because he's making self-harm statements, and I can't get in to see anyone else anytime in the near future...says lets add this stimulant which should help loosing up his rigid thought and explosiveness.  I argue...I put it off...but eventually, out of desperation, I try it...praying that it will help.  NOT!!! I should have followed my instinct! It was like he was on speed.

He had already started this researching electronics obsessively...more obsessively than ever. The new Microsoft store opened up and he had to go to the Grand Opening.  He went and spent several hours and then asked to go back 2 days later.  The obsessions, questions and lists and lists of things to do, buy and research were over the top, to the point where he didn't feel like he had time for homework and showers because he had to do more research for things he can not possibly buy.  He became highly agitated whenever he did not get the response from us that he wanted or when we requested anything from him other than what he wanted to do.

So of course, back to the freaking drawing board.  We scratched the stimulant after about 8 days, which made him like a robot on crack.  A few days later we go into the Neurologist and tell him, hey.. the SNRI is not working either.  He says, let's pull him off of it...slowly.  He brings up the possibility of trying couple of nightmare meds that I've already been through with Red.  Then he brings up a relatively new one called Prystic.  I'm like...hell no!  I don't want to try something else new and put him through this freakin' trauma again!

Non of the SNRI's or SSRI's that we have tried have worked so far.  None of the non-stimulant meds did anything for him but make him sleepy.  The only thing that has ever worked is Abilify.  Then he started growing and going through these hormonal changes and it wasn't working anymore.  Instead of increasing it...the Psych started adding these anti-anxiety, antidepressant drugs.  I want him on as few drugs as possible.  So I tell the doc...here is what we're going to do:

So that's the plan.  Praying that it works and that he doesn't completely bite my head off in the process.
Posted by Karen Wesley Writes at 9:26 AM