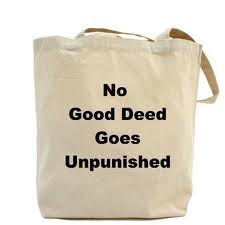 I try to do a good thing by bringing them hamburgers from one of their favorite places, but you know what they say about "No good deed."
When Red finishes his meal, he begins eying Blue's...more specifically --his french fries, as he is still eating them.
"Can I have those fries?"
"No...I'm eating them."
"YOU'RE SELFISH!" he yells.
"You're greedy!" he continues yelling.
Really???
Who is being selfish and greedy here?

This is not all that surprising.  We were out a few weeks ago with one of Blue's Apie friends who did the same thing.  He finished his milkshake then asked Blue and I if we planned on finishing ours.  He kept asking until we both gave him some.  Of course, now we're talking about Blue's brother.  Sharing? Not going to happen.

It all goes down hill from there.  What was a great day at school, where he calls me sounding all happy that he did well on his test, then calls me while I am out to ask me to bring burgers, turns into yelling at the top of his voice because his brother won't give up his meal.  And it gets uglier and uglier until he's absorbed all of the oxygen in the house.
Guess what will happen the next time he calls me for burgers?

When that finally calms down, Blue wants to go to the Grand Opening of the new Microsoft Store.  It's a week night.  I've been running all day.  Dad just returned from a driving business trip.  He needs a nap.  I ask Blue to take a shower while dad is resting for 30 minutes.  He hasn't had one in a few days.  He's had one excuse after another. Today the jig is up.

Blue fully expected the evening to go as HE had planned.  The words...no or later  --are simply not among his favorites.  Instead of taking a quick shower and then going on with the evening as he planned -he breaks into, "Why are you doing this Mom?  Why are you being so mean!? I don't have time to take a shower!" and on and on and on.  He is wastes so much time with the meltdown antics that there is no time available for what he wanted to do.

He lays on the couch refusing to move.
I suggest that maybe he do a little yoga and deep breathing.
I go in my room and close my door.  I'm hoping that he will calm down and get himself together.

A few moments later, he comes into my room and says, "Good night."
I respond, "That's fine if you want to go to bed now.  But you will take a shower before you go to school in the morning...even if that means being late."
He HATES to be late.
He gives in...and finally takes the freakin' shower.

Later ...before he goes to bed, he apologizes for being stubborn.
I graciously accept his apology.  I am hugging him while thinking...
I love you...but I am so tired of this sh*t!


Smiling on the outside...exhausted on the inside.
These are my confessions.


Your lovely comments are always welcome...
Posted by Karen Wesley Writes at 9:33 AM