I Know for Sure 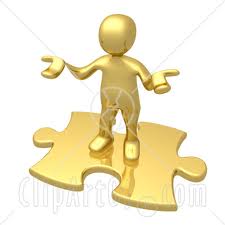 I know for sure that I live in the craziest house in Texas....or at least in my neighborhood.  There can not be another house where you have a 16-year-old son that comes in the house from school without even saying hello and asks, "Will you and dad let me have sex as long as it's protected --in my room?" Followed up by an intense fight with his younger brother...and then off to church with some new friends from school where he has the "best time ever"?!  Yep-this is a f-ing crazy house!

I don't know.  This whole ...having no filter thing can be a little much for me sometimes.  I'm just not ready, nor do I think I will ever be ready, for the whole sex conversation with this boy.  I feel like it's inappropriate for me as his mother to get into this detailed conversation with him.
"Talk to your father, your older brother, your uncles, your pastor --anyone but me!" I tell him.

Apparently -there was some conversation going on about the subject at school with a bunch of other clueless teenage boys.  And of course, my boy believes everything they say as gospel!  Of course, the boys he's talking to have never had sex themselves  --yet they all know so much! Oy Vey!

He is relentless about talking to ME about it.  When I finally say, "You are not ready for the kind of relationship that comes along with sex.  There is too much emotion involved and you have trouble regulating emotions as it is."
His response?
"I'm not talking about a relationship...I'm just talking about sex...you know with one of those girls who just goes after anybody."
"And you think this is going to happen in MY house?"

OH MY GOD! This boy is so clueless! That was the end of the conversation right there. I was beyond done.  Yes --he needs to talk to his father, his brother and his uncles.  He also needs a book and a class specifically for teenage boys with Aspergers.  God help him! You can bet I'll be signing him up for one this summer!

Thankfully, he started arguing with his brother a few minutes later  --at least that changed the subject.  After  yelling and a coming to blows, a few minutes later -they have a meeting of the minds where they are trying to understand each other's Aspergers quirks.  Unbelievable!

A few minutes later -Red comes bounding down the stairs to tell me his friend from school is on his way to pick him up to go to Youth Night at his church.  Whew! Thank you Jesus a night of peace for me!

He comes home hours later, with a huge smile on his face.  "OMG mom! I had so much fun.  The music was great! It wasn't too loud.  The youth pastor was cool!  There were all kinds of kids there from other schools.  There were girls! And this guy at church gave me this book."

"The BOOK of Answers."

I wonder if there's a chapter in the book on having sex in your parents house with whores?

Tickle my ears with your comments...
Posted by Karen Wesley Writes at 7:50 AM