Up in My Business 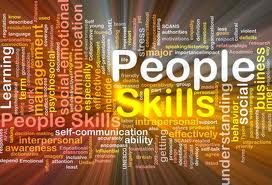 "Mom why are you in my business?" the boy has the nerve to ask me.
"You are 13...I am your mother.  Your business is my business."

We are driving home from school with his best friend in tow.  We carpool together everyday.  I love that I have the opportunity to listen to their business, their conversations...so that I know exactly what's on their minds, how and what they are thinking.  His best friend and his twin brother are also on the spectrum.  So there is no hiding anything.  There is no pretense.  They say exactly what is on their minds, which is typical of individuals on the spectrum.  A quality I find endearing.

Sometimes I wonder, "Do they know I'm sitting here in this car?"  They have been known to talk about girls, their body parts and such, as if I'm not listening.  The other day his friend says, "I want to ditch school next week and go to the movies.  Do you think the cops will come looking for me?" Of course we live in suburbia hell, and the nearest movie theatre is at least 5 miles away, with no sidewalks between here and there.  The school also calls your parents if you don't show up.  He has no way to make his ditching school scheme happen.  But hey, I it doesn't hurt to dream.

So Blue is inviting himself over to hang out with his friend and do homework.  Only, his friend, Benji (lets call him) already has plans to hang out and do homework with another friend.  In Blue's mind, that does not matter.  He has it set in his mind, he doesn't want to come home.  He had a big blow up fist fight with his brother this morning.  He wants to escape.  He wants to hang out with his friend.  He doesn't see himself as being slightly pushy and putting his friend on the spot, but I can hear the desperation and insistence in his voice.

He was involved in a similar circumstance not long ago.  Another friend, whom he is not that close too, continuously to invited himself into Blue's plans with his best friend.  Blue didn't like it.  "Why does he want to do everything with me?" he would ask me.  "It kind of creeps me out."  Of course I told him, he needs a friend and he would like for it to be you! But I guess, either the connection is there, or it's not.  Some people you like, but you don't totally connect with, some people you just naturally feel close to.  True friendship can not be forced, especially in the teen years, and especially with an Aspie.  There is no such thing as pretense.

When I say to him, "Blue, Benj has plans already.  Do you think maybe you're putting him on the spot by inviting yourself?"  I get the, "Mom! Why are you in my business?"

"Excuse me, but it is my job as your mother to help teach you social skills."  I don't want his best friend to end up feeling the same way about Blue, that he felt about the other boy a few weeks ago.  Like, wow...Blue is inviting himself over again! I don't want to hurt his feelings, so I better say yes.
Of course, Blue does not want to here this, especially from me.  What do I know anyway?  He hates to be corrected or redirected...especially, by me.

"I'm trying to be independent, making my own plans after school," he says.  I can get with that.  That's great.  He has always been independent.  He will get on the phone in a heartbeat and make social plans, which is more than I can say for his 16 year-old brother.  Red is just now getting the hang of this socially independent skill.

It turns out, that Benji is fine with having Blue come over.  At least that's what he says.  Of course, he has to ask his parents first.  (A step, that Blue often overlooks in his quest for independence.)  Benji steps out of the car to go ask his dad if it's o.k. that both friends come over.  This is when Blue and I are have the conversation about being socially appropriate.  By the time Benji comes back with his father's approval of the plans, Blue is too unhappy with me.  He no longer wants to stay.  He tells Benji that he may come back later, after he cools down and has a snack.

Once we get home, I realize that Blue is actually really tired.  He was up late the night before.  Several nights recently, he hasn't slept well because of thunder storms.  What he really needs is to come home, have a snack and decompress...alone.  He plays a race driving game on his newly upgraded PC, has an early dinner, does a little homework and totally forgets about hanging out with his friend.  He is in bed by 9 p.m. and wakes up with a much better disposition the following morning.

Having Mom up in his business, turns out to be a good thing.
Posted by Karen Wesley Writes at 8:55 AM