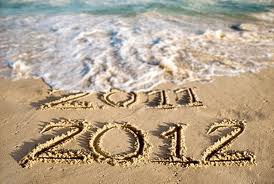 I'd like to start the New Year with all goodness and light, and my positive resolutions...but that is not  my truth.  New Year's Eve starts off fine.  My husband and I have the entire house to ourselves for a few hours, which is a rare treat.  We have a quiet, champagne infused dinner. We watch a movie in silence, with the exception of the sound of our own laughter.

Where were the kids?  God blessed us.  Blue went out to spend time with his friend and his family...you know, people he can actually get along with.  They had a blast! Dinner, bowling, games at his friend's house.  His friend J's mom sends me pictures of him smiling...an expression I haven't seen since early Christmas morning.

Red...went off to a church function with his Pastor and family.  Everything is all good until 10 p.m., when Red came home and started ranting about who knows what.  Scratch!!!! Party's over!  At least we had 3 hours of peace.

New Years Day, the anxiety about starting school sets in and Red is hell bent on fixating about it until the point of meltdown by the evening.  We try to mitigate the situation by taking the family out to one of their favorite places, "Fry's Electronics" for a little shopping.  Then off to Red's favorite restaurant for dinner, "BJ's".  He sits at the table with the ugliest mug he could possibly put on his face...as if he was being water-boarded and tortured there at his favorite place.  This was enough to make hubby want to walk out after we got our drinks.  After dad threatens to walk out...he changes his attitude long enough to eat and order dessert.  After that...it's on!  Full steam ahead towards meltdown!

His mind is on school that would start the following day.

A little tricky micky said otherwise.  Gave him a little medicine to help him calm down and by 9:30 p.m. He was out like a light!

Now what idiot in our school district decided to start school on Monday, January, 2nd...I do not know. But it was a dumb move!  No time for transitioning from the holidays.  Families are traveling, etc.  Every other school in the area and across the country, starts on the 3rd or after.  I was really annoyed.  Me not being a rule follower and all...I had half a mind to keep them out for the day.    In truth, it doesn't matter when they start...Red and most teens with Aspergers, would have a hard time transitioning back to the school schedule.  Besides, I'd had about enough of both of both of them and could use the break.  You know what they say, "Absence makes the heart grow fonder!"

Now Blue...is pretty happy to be back to his school routine.  However, what we used to think was a miracle in the form of Abilify...has now become a bad dream.  It's not working for him anymore.  We have increased it, added to it, and still he is a ticking time bomb...ready to explode at any given moment.  It probably has something to do with hormones.  The loose schedule and the anxiety of Christmas doesn't help...but geez!  My "easy" child has turned into...I don't know what.  He's almost unrecognizable...at least here at home with his family.

After a long first day back at school, Blue has a D.I. (Destination Imagination) meeting.  He comes home and goes bananas on his brother who is "Not playing the game right!"  "I'm just trying to help him...but he's such an idiot!  He won't listen to me!"

I feed him and get him out the door because he insists that he has to do his homework at the library.  He gets home at 9 p.m.  I ask him to take a shower.  He goes ballistic!  "I'm not doing it!  It's too late!  I have to go to bed early!  Did you think of that?!"  He argues a good 15 minutes...in which time, the shower could have been taken already.  He finally gets in, but he's banging on the walls.  In hindsight...I probably could have let this one go.  But it was just the belligerent tone, and disrespect that made me stick to my guns.  I felt like...if I start letting him get away with talking to me like shit and refusing to do things...it will only get worse.

He has worked himself up so much...that he is now too angry to go to sleep.  The easy answer here is that he hasn't had any downtime.  It's been an excruciatingly long day.  But these kind of meltdowns were not happening a year ago.  And even with the tweaks and additions to medication, they are happening more frequently.  He becomes frustrated with himself.  He hates feeling so out of control and angry.

"I hate being a teenager!" he says.   I don't think I like all that much myself.

Oh yeah...Happy New Year! I don't know about that.  Perhaps it will be...but not yet.
Posted by Karen Wesley Writes at 8:05 AM