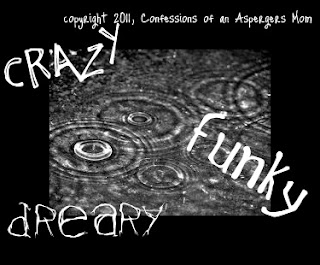 "Clearly you have to drink in order to live with these people." -My Facebook quote from Saturday night.

Well this has been a fun weekend...NOT! We got a new big screen T.V. for our living room.  My chairs are falling apart, but we have a new 55 inch T.V.!  No...it wasn't completely my husband's idea.  We've been talking about it for a while.  We've also been talking about the chairs for a while, but he beat me to the punch, I guess. You know, we've got to keep up with those Joneses (whoever they are).

Since we have a flat screen upstairs...we have all gotten a little spoiled and don't want to watch movies as much in our living room with the older projection t.v. Our extra visual boys of course like the best of all things technical.  They have been watching t.v. and movies more in our room because we have the Blu-Ray player up here.  My husband hates when the 16 year-old lays in our bed to watch a movie.  That was also part of the reason for buying the new t.v. for downstairs.  Hubby can be very territorial when it comes to our private space.

We also thought getting the new t.v. would be a great early Christmas present for the family and that the boys would love it!  Surprise! They do love it.  Initially, they were so excited when they saw it.  Unfortunately, it's been mostly down hill from there.  Red thinks we bought this say...um...just for him.  He's obsessed with it.  He wants to completely control it.  He wants to blast the sound of his movies through the house, with no consideration for others who are not watching said movie.

The underlying trigger is he had kind of a rough day at school on Thursday because of an unexpected fire-drill.  An alarm went off because of some kind of smoke detector defect.  The result?  Students were stuck outside for well over an hour.  He was not with his Special Ed. tracking teacher at the time.  He ended up getting kind of displaced.  Mind you...this is what he's been wanting.  He wants to be with all of the "normal" kids (as if there is such a thing).  The kids end up all getting into a big huddle.  There was some improvisational rapping.  He hates rap!  He hates crowds really.  He hates when teens are loud, cursing and wild...you know being teens.  But for some reason, he thinks he wants to be a part of it.   That is until he actually is a part of it,  and he doesn't know what to do.

He starts to get extremely agitated.  Luckily, a few teachers recognize this and they escort him to his tracking teacher.  By this time he is loud, agitated, looking angry, pacing and complaining non-stop.  He is deeply disturbed by his not being able to handle the situation.  He is disturbed because he saw a few friends and talked to them for a while, but somehow they ended up disappearing and he had no idea what to do.  He couldn't find anyone he knew.

The agitation was mitigated the when he saw the new t.v.  But the anger, and depression is still boiling beneath the surface.  So when Dad comes in and turns the sound down on the movie, because it is vibrating through the whole house...Red goes ballistic!  Everything he felt the day before at school erupted right here at home, where he is most comfortable.  Lucky us! I guess we should be happy that it didn't happen at school.

It got really...really ugly.  He basically attacked his father, physically.  This has only happened once before.  He was completely out of body...like another person.  We gave him something to calm himself down, but when these things happen, there is collateral damage.  Blue witnessed it...it made him completely anxious.  My mom instinctively reacts...not really helpful.  It completely sucks the life out of the entire family.  Everyone is left feeling...sad, drained, defeated and exhausted.

The following day, he is full of apologies that sound sincere but what do they really mean?  Will his actions change in the future?  Will he ever get to the point where he can control these outbursts?  How will he make it in the world with this kind of behavior?  Do we need to adjust medicine again???? Ugh!

Red is always looking for the next big thing that will suddenly make his life better.  That elusive thing over THERE...will finally make him happy.  That new TV,  THOSE new friends, a girlfriend, the new technical gadget, or program for his computer.  That has to be it!  That has to be the trick to solving all of my problems.  It's too hard for me to fix myself.  In fact...it's impossible, in his eyes.  So if I just do this, if I just get that...suddenly my life will be better.

If I could give him happiness in a box...I certainly would.  In fact, it would solve a lot of my problems, because I'd be rich! Instead, I am left feeling depleted.  What else can I do to help this boy be a little happier?  I need to find him a new therapist.  That's it!  I'll take him to a new doctor.  Maybe that will do it.  I will help him find some new friends.  That has to work!

The truth is that there are days when I feel like nothing that I do will actually work.  It doesn't keep me from continuously trying.  At times, I feel like giving up.  I certainly had a few of those moments on this crazy, funky, dreary weekend.

On Sunday morning, I felt like escaping into my writing instead of listening to a sermon at church.  I forced myself to listen anyway.  The message I received from the Pastor was, "Never give up.  God is there for you.  The next good thing may be just around the corner."

And there you have it...the answer I needed to hear.  It may not be the magic answer, but it will help me to keep looking.
Posted by Karen Wesley Writes at 7:25 PM