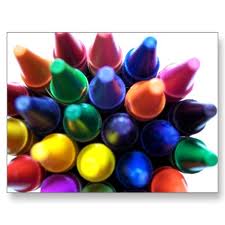 Blue comes home with his head hanging down and his fist balled up...I'm angry don't mess with me look. I'm already listening to Red's complaints of the day.

"Hi Sweety...what's wrong?" I ask stupidly.
"Nothing," he says stiffly as he closes the bathroom door behind him.
"Why is he always mad?" Asks Red as if he never comes home upset.
When Blue comes out...I try again, "What's going on?"
"Those stupid kids in Science class.  They're always talking, talking talking!  I had to stay after 10 minutes today because they won't stop talking!"

Science class is the last period of the day.  The kids I guess have had it with being quiet during class by then. They are like little corks in a champagne bottle...ready to blow! How dare them act like 7th graders who would rather talk and act silly than learn about science!

"They don't take anything seriously.  They must not want to go to college.  They just want to talk and act silly," says our little professor.

I hate to tell him I used to be one of those 7th graders...in fact, I was one of those 10th, 11th and 12th graders who spent a lot of time chatting during class...especially during Science class.  Mr. Katz used to move me all around the room to keep me away from my friends.  But no matter where he moved me...I found someone to talk to.  I did love his Physiology class, but I also like being social...extremely social.  How exasperating I must have been.

Blue is a very serious student.  He has college on his radar and he wants to do whatever he can to get ahead of the game to make sure he gets there. He has already conquered the homework situation by going in early, and staying after for tutorials to make sure he gets everything done.

Last week...he got really angry with me for making him a hot breakfast and making him stay home to eat it.  He would rather go in to school.  Get his breakfast and do work while he's eating.
"I don't have time for this.  I need to get to school.  I'm supposed to be in Ms. H's class right now taking notes!"
"Well..you apologize to Ms. H. for me.  Tell her I am SO SORRY for making you a hot breakfast!"

Meanwhile his brother is laying on the couch as the bus pulls up saying, "Can't I stay home today?"  Blue and Red...very difeReNT  coLoRs.