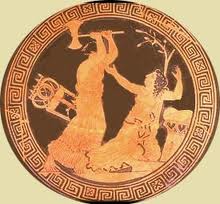 This week Blue is in Art camp again.  This makes the 2nd week in a row that he has a camp that starts early in the morning.  I've tried to get him to bed on time every night.  Some nights, he procrastinates...other nights he gets in bed and can't fall asleep.  Most mornings are a struggle to get out of bed.  He's snappy, and grumpy, everything is a major problem and most of it is my fault.  Fatigue leads to anxiety.

Dad is away on a business trip this week.  We switched places.  Now he is in Houston, and I am home.  Blue would prefer that Dad be home.  They are really close.  The older he gets, the more like-minded they are.  Dad can answer all of his scientific and computer questions.  They talk about things that I don't have a clue about, or an interest in having a clue about.

I'm sorry.  I just can't clutter my mind with idle trivia.  I don't have that much room in there, or ability to retain knowledge about things that don't matter to me.  I have enough details about medications, dosages, who takes, what when, who needs to be where when, keeping the house stocked with food, cooking said food, medical appointments, my mothers needs, my husbands needs, the kids needs, projects around the house that need to be completed,  playing referee.  Then there's my blog, my Facebook Community Page (have you joined us yet), Twitter (we all know how important this is right?), my friends, and some semblance of a an adult social life.  Oh lets not forget trying to fit in a bit of exercise and maintaining a healthy diet for my family.

Anyway...having Dad away is a source of stress for Blue.  Stress leads to anxiety. We have also had the mild threat of a few thunderstorms.  He magnifies that mild threat times about 1000.  We've actually had nada...nothing in terms of thunder in a very long time.  We are in a major drought and have had very little rain.  Even when there is a little rain in the area, somehow it tends to skip over us...an answer to Blue's prayers I guess. He says he doesn't mind the rain.  It's just the thunder and lightening.  Well, we've had neither.  Fear leads to anxiety.  Are we noticing a trend here???

So apparently yesterday in Art Camp there was a philosophical discussion about Greek mythology, as they are working on Greek Art.  Apparently, one of the teachers has strong opinions about the importance of it, and a few of the kids have some knowledge based on the Percy Jackson movie.  Blue doesn't know much about it.  He has played a game that is based in ancient history (can't think of the name right now) but the teacher apparently told him that the game is not based in fact.  Because, he is so literal, he takes everything that is said, even opinion -as fact.  Especially because it comes from an authority figure.

By the time I pick him up from camp, he is ready to explode! "Why don't I know about Greek mythology?!!  Why did Mr. A -say....?"  I try to explain that some of things said were his opinion.  I tell him that he is only 12...I didn't learn about Greek mythology until I was in high school, and I still don't remember much about it.  You can't know everything about everything.  Sometimes, you know little or nothing.
"You do have special gifts and interests an in those areas you can probably run circles around Mr. A. and any student in that class."  He definitely runs circles around his mommy!
"I don't remember much about Greek mythology at all,  but I know a lot about autism and I think I'm a pretty good writer.  Some people suck at writing.  God gives us all special gifts.  We can't all be perfect at everything."
"I don't want to go back to that camp.  I quit!"
"In your life are you going to quit everything because you have one bad day?"
"No," he says through whimpers.

After a good cry and a phone call to his dad, he calms down.  We spend the rest of the day, just taking it easy.  We have an early dinner, a shower and watch a movie together.  I am praying he won't loose it over the breast feeding and maternal nudity in the movie "Babies" we watch together.  He is grossed out, but he doesn't leave the room and he doesn't over react.  "You breast fed just like those babies are doing," I tell him.
He looks at me in shock. "Ewh!"

I give him melatonin to ensure a good nights rest.  He's in bed by 9 p.m.

This morning he wakes up refreshed and ready to go at 7 a.m.  In fact, he woke me up.  He asked before he went to bed could we go to Starbucks for breakfast.  I agreed.  When we get there he orders a tall, decaf carmel frapuccinno, 2% milk, with whip.  I'm impressed.  I send him next door to get a chicken biscuit from Chik Fil A.   He arrives at Art Camp on time for the first time this week.

I love this kid! Is it because he's my son that I find him so amazing?

Please, please, please click the TopMommy lady before you leave!  She's over there >>
Posted by Karen Wesley Writes at 8:46 AM