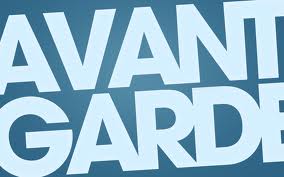 Doesn't that sound cool? Avant-garde! It's better than weird...unconventional, strange, dysfunctional which is what we really are.

We do lots of things differently around here...i.e. vacations.  It's been a long time since we've piled the entire family into the car or onto a plane to go on a family vacation.  It's really not a lot of fun.  It's just more work in another location for me.  Blue can have a good time anywhere.  Red...he complains no matter where he is, especially if I'm there.  That is really frustrating --when you're paying a lot of money to listen to someone complain.

In recent history -we send Red on vacation either alone to see other family members (which he loves)  or we send one of the boys alone with their father.  Recently Red and I took a little mini vacation to San Antonio, which is only 90 minutes from home.  I wrote about Six Flags More Fun ...more fun for him that is.

Back in April -I took my own vacation...away from all of them.  It was a complete blast! I wrote Dear L.A. ...how do I love the? Let me count the ways.  I had so much fun away from my family for 6 days! I came home refreshed, renewed, ready to deal with my reality.  Didn't take long for the renewal to wear off.  Reality came and slapped me in the face...woke me up and said, "Snap out of it!"  I'm ready for another vacation right about now!

Now it's Hubby's turn to take a trip.  Last year he spent his birthday in Georgia with his brothers.  He took Red with him on that trip.  This year he is going to L.A. to the Playboy Jazz Festival. There's only one stipulation...I'm making him take Blue with him.  Blue will mostly spend time with my family (his cousins) while he is there.  Dad will get a break, go to the festival and see his friends.  The issue is...I don't want to be stuck here -alone, with the two boys.  Been there, done that, don't want the t-shirt!

Of course when Red found out the guys are planning a trip to L.A. without him, he looses it.  "That's not fair!" he shouts...no screaming, which is good, but lots of whining and shouting.  "But I want to go! I want to go to Six Flags -Magic Mountain!"

We quickly explain that he's been on 3 trips to Blue's one trip in the past year.

I also threw in the fact that Blue has worked incredibly hard this school year, making straight A's.  He also worked very hard on his state testing and received commended scores. Yes -I also mentioned that he treats us with great respect.  He more than deserves this trip!

Without much further ado...Red had no choice but to shut the heck up!

BTW...Red continues to do better.  Things are not perfect...but they are much more manageable.  Thank you all for your prayers, positive energy and support.


Did you enjoy this post? Please click here to support the blog.  I appreciate your clicks and your comments!

Posted by Karen Wesley Writes at 7:58 AM