It may be wrong. So many things I do as a mother are.  I'm doing the best I can with what I've got which frankly, isn't much. Sometimes, I feel like I'm pretty close to death.

Twenty-one years of parenting Mr. Oppositional Defiant Disorder (Yes. It is a thing and so far it hasn't gone away.) and I am spent.

How about this instead -Help me, help you. Get out of your own way. I swear this boy would argue with a rock!

What a horrible thing for a mother to to say. It isn't the worst of what I've said or thought, by far. These boys bring out the Hollywood (my late father) in me. They make me curse.

I haven't said it ...out loud, but I think it everytime the phone rings with the next episode of "OMG my life is ending because I hurt my toe and I can't lift heavy weights now."

-Is how I want to respond every time they come to me with their latest life dilemma.

The group home drama.
The friend who is full of drama and always sucks you into it, as if you don't have enough of your own -drama.
The girlfriend (or lack thereof) drama.
The friend-zone drama. (This one is a BIG HIT this year!)
The friend who is using and taking advantage of you -drama. (Yes, parents. That kid in middle school who was pretending to be his friend, so that he could use him for something is still around. Only now, that they're adults and he wants to borrow one-hundred-fifty dollars, which your adult child can NOT afford to give. And the so-called friend has no intentions of EVER giving it back.)
"But why would he lie to me?" he says.

I try my best to deflect their situations back to them. After all, they don't really want my advice. They do however want to barrage me with each and every feeling and emotion that I can do absolutely nothing about, besides worry and absorb it into my own consciousness. Even the constant deflection and trying to use the right words, to not advise, but turn it back over to them, takes a ton of energy.

Just pretend I'm dead may be a bit much.

How about --How would you handle this situation if I were not around? Like if I ran away to France ...permanently?

I really do not have the brain cycles to deal with every single situation in life that comes your way.

My young friends, guess what? This is only the begginning of your lives! It's not the end. I hate to be the one to tell you that your life will be full of difficult situations and problems. Sooner or later, you learn to solve them yourself or ask someone to help you, other than YOUR MOTHER!

One would think, neither of them have any access to therapy. One of them is even in intensive (dialectical behavior therapy -DBT) on top of his regular therapy.

Don't take life so seriously. Put your problems on hold while you go out and have some fun! Relax! Take a deep breath. Come back to them the following day when your head is clear. Your problems ain't going nowhere! (Totally improper English, but truth.)

The most infuriating thing is, my 21 year-old NEVER listens to me before he creates the problem, because I can see them from a mile away. Yet, he wants me to bail him out of the mess he created.

Dude! It's not happening. This boy is going to have to learn everything in life the hard way. Like arguing with the doctor's medical advice.

Okay! Go head now. When you make your injury worse with your hard head, don't be pissed when he puts you in a cast instead of the removable boot, that you think is SO inconvenient!

How about  -The number you have reached is not in service at this time.

How long can one survive while being an extension of another human's brain, and in my case --four other people's.

The saddest thing is, they seem to have no concept of how taxing everything is for me. No one can see beyond their own needs. They can't see that I am responsible for more than just them and that maybe, just maybe I deserve to have a piece of life of my own. 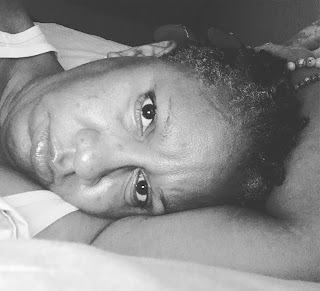 Posted by Karen Wesley Writes at 10:18 AM