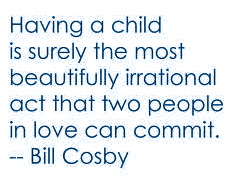 Editorial Note: This is a post was previously published about 2 years ago.  It is basically What to do during a meltdown and also what NOT to do.  I received a comment on this post today from a Mom who said this helped her get through a tough morning with her son.  I hope it helps you as well...

A few months ago I attended a parent training on how to deescalate a meltdown in a child with autism and other special needs behavior issues.  Well this morning all that training went straight out the window.  I did everything I wasn't supposed to do as Red was building himself up into meltdown mode.  The result was spontaneous combustion.  It was like adding flame to the fire in order to put it out.  Somehow,  that never works.

I've just been so sick of his disrespectful attitude and part of me believes he should know better by now.  I mean no matter how many times you yell, scream and become obnoxious, it is not going to get you what you want.  If what you're doing is not working for you...don't you think you should try something else? Well that would be logical and Red in his animated, fixated, meltdown state is anything but logical.

This morning he started in on me about having a friend come over for the day.  He immediately sabotages his chances by telling me that I'm mean and unfair...loudly, more than once.  I was done.  I swiftly told him that it was not happening, no friend would be coming over today, and if he kept going he would loose another privilege.

He felt like he'd already lost the battle of getting what he wanted, so why should he stop?  He kept going and going until chairs were on the floor and a closet door was being run into and pounded with his fist. Privileges?  Lost, hasta la vista, sayanara, adios!

In this middle of his antics, he informs me that he has seen meltdowns worse than this at school.  I don't give a flying u-know what, what he's seen others do at school.  This is not acceptable in my house.

I lost it!  I started to hear Bill Cosby in my head, "I brought you into this world...I can take you out!"  I remembered once hearing an African-American mother say, I believe it was on Oprah, "You always have to make your kids believe that you're a little bit crazy!"

I felt in this instance, I had to let him know that I wasn't taking any crap from him just because dad wasn't home.  I don't usually go there...but I went there. Wrong answer mom.  This kid has autism.  In the moment, I completely lost sight of that.

What started off as manipulation, and his regular bitching and moaning, was turning into a meltdown. Now there are many things I could have done at this point to keep this situation from escalating.  Once around this point, I just gave him a big hug, which completely threw him off, and stopped him right in his tracks.  I didn't do this this time.  I was too pissed off --too emotional.

If dad was here, by his stature and the mere sound of his voice, he would be able to move Red into the safety of his room where he could destroy his own crap.  Unfortunately, Dad is not home and Red is in my living room where there are many breakable items.  What do I do?  I grab a belt, not really having intention of having to actually use it, but to make him think that I would in order to get him into his room.  Again -wrong answer mama.  When he wouldn't move, I had to make good on my threat.

Now -I know that I can't really hurt this boy who is twice my size.  So what I was really doing was making him feel like he was under attack  -that his back was up against the wall...literally.

That is exactly what I was instructed during my training NOT TO DO!!!

Here is what you're supposed to do during an Aspergers meltdown as the educated adult:

1)  Remain in control, when they are loosing control, in hopes they will respond to your calmness.

3)  Keep your voice soft they will be more inclined to listen to you if you're speaking softly.  Don't be antagonistic.  i.e. telling him you don't give a flying -you know what.  (I didn't actually say that, but I did say a barrage of other things and used a few curse words to highlight and put an exclamation on my point.) WRONG!

4)  Give them the opportunity to think about what they are trying to accomplish.  This should slow them down.  For example:  What have you tried? How well has that worked? What are you willing to do? This puts the creative problem solving into their court.

I did none of the above.  I did the opposite of everything above.  This took the meltdown to a whole new level.

Afterward, he calms down and says to me, "When you grabbed the belt...I felt like you were attacking me?  Can you please not do that next time?"

He also said, "I know I was wrong, but I'm not going to say I'm sorry because you're probably not ready to accept it."  He's learning!

"You're right, I should loose my privilege to talk on the phone today.  Maybe talking to (this particular friend) does get me too wound up.  Maybe I shouldn't talk to him as much." Ya think???

It's amazing how logical he is when he is lucid.

Guess I  could say the same for myself.

These are my "Confessions."  It takes a lot of humility to be able to tell this truth here.  I do it in hopes that I can help some of you when you go through a meltdown with a teenager with autism.  Hopefully, you will do better than I did in this instance.
_____________________

This training was given by a special education trainer in our school district.  Sama Training is Satori Alternatives to Managing aggression. It is designed to


Satori comes from a Japanese word which means clear understanding.
You can click HERE for more information or contact your local school district's special education department to see if they provide this parent training.

Posted by Karen Wesley Writes at 7:53 AM