I Think I'm In Love

"This may be a little premature but...I think I love you."

The phone rings and I see  on the caller I.D. that it's the high school calling.   I don't panic this time.  Somehow, I know there is nothing wrong...that perhaps even, something is right.  This is a huge change from the way that things have been over the past several years when it comes to school and Red.  My usual response when I see the school on the caller I.D. is heart racing, head spinning, veins tightening...Oh crap what is it now?!

It's the Special Education Director on the end of the line.  I am happy to hear from her.  With a very kind, sincere voice she begins, "I am just checking in with you to see how things are going on your end?  How do you thing Red is doing? What kind of behaviors are you seeing when he comes home from school? Etc." Huh??? What??? This is completely foreign to me.  I haven't received this kind of call since elementary school.

Basically, I tell her things have been going relatively well on my end.  He has come home complaining a few days about "people being rude" and not making friends fast enough,  but he has also acknowledged the role that he plays, his lack of social skills, and the inability to not dominate conversations, which is huge for him.  At the same time, he has been on time everyday for the entire 3 weeks.  He takes his showers most every night. He actually seems a little, dare I say, motivated to get there everyday.  So I'm thinking for the most part, he is happy with where he is.  Although that is difficult to come out and just say...especially to me.

She tells me about their observations of him over the past 3 weeks.  She also sees that motivation and eagerness to learn.  For the first 2 weeks he was pretty close to perfect, trying so hard to show everyone the best side of himself.  He is very compliant and working diligently.  In the past week or so, he has let his hair down so to speak, allowing them to see that he indeed, is not perfect.  He has shown some frustrations...finally letting them see the real deal.  Well actually, this is a much milder version of the real deal.  At his worst, the real deal could be cursing teachers out, yelling at peers, and slamming fists on desks defiantly.  He is a living angel right now in comparison.

His work productivity is still excruciatingly slow, especially when it comes to writing.  His handwriting is so perfect, it's like a font.  The perfection on top of his processing speed has him moving like a snail.  He is learning and being productive in all environments with the exception of the regular ed IPC (a science class something to do with Physics and Chemistry).  Even I would be confused in this class!  He did however, advocate for himself letting them know that he really isn't "getting it" and needs some additional supports (HUGE)!  He has also advocated for himself with the Social Skills teacher, asking to speak with him directly about areas of concern and weakness that he would like to address during Social Skills class.

The team has been brainstorming ideas to give him additional supports.  One of them being giving him a word processor to complete all writing assignments.  YAY!  There will also be some schedule tweaks and changes.  We will review all of the purposed changes in a miniature planning meeting next week. 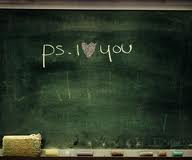 It's the weekend so vote already! You've got time! (I say that in the most loving way...really.)