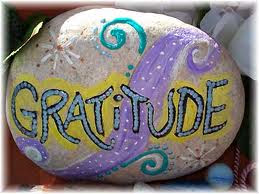 The cleaning people are coming to the house so we need to get out for about an hour.  I split up the boys, sending Blue with his Dad to lunch at Panera Bread where they can eat, get on their laptops and hubby can do a conference call.   I've been gone all weekend and Red has been a complete ass while I've been away, walking around angry, barking out orders.  "I'm hungry! Make me something to eat!  There's no good food here! I have a right to eat!"

I guess I should note here that I did not tell him I was leaving beforehand.  He was out visiting a friend and I left, like a thief in the night.  His behavior was probably about my leaving.  He feels like I am the only person who understands him, therefore he is very dependent on me.  He is also starting to freak out about school starting in a few weeks.  He also has a little anxiety about our upcoming vacation where he will be staying and spending some time with his grandmother.  (That part will be fabulous.)  His grandmother is great with him and she has some really fun things planned.  That doesn't keep him from not worrying about not being in his routine and comfort zone.

I have to take him with me and my mom to get him out of the house while the cleaners are in the house.  My husband has absolutely had it with him and so has my mom, for that matter, but she doesn't  have much choice as far as who she is going to go with.  She would much rather deal with Blue instead of Red who has been rude to her while I was away.  So would I...but hey, you gotta do what you gotta do.

Red gets in the car and talks non-stop about where he wants to go and where he does not want to go.  Sucker that I am, I take him where he wants to go just to shut him up.  It's a pretty neutral place, not expensive and there is something that everyone will eat.  We order lunch.  He is cordial, it seems that he is almost delighted to be there.  He sucks down his burger and fries in two minutes flat and then asks for dessert.
Again...sucker that I am, I order it.  Big mistake! Huge!

We order a cookie based sundae with ice cream on top.  It is big enough for all of us to share.  In his mind it belongs to him. Of course, he doesn't have a nickel in his pocket to pay for it.  We explain to him before it is delivered that we will be sharing it.  "You can have one quarter of it.  No never mind...that's too much," he says.
"Excuse me...where is your money?  I brought you here and paid for everything you're eating.  I don't owe you dessert.  We will share."
"That's not fair!"
Dessert is delivered with 3 spoons.

He starts snarfing it down...trying to beat me too the punch.  He's guarding it like a dog with his arm and hand literally blocking my access.  "You're eating too much!" At one point he literally pushes my hand away.  I take the entire thing away.  "You're done.  You are being very rude."  Of course this really pisses him off.  He's shocked.

We here about it all the way home.  He can not see anything wrong with his actions.  I tell him, it will be a long time before he sees the inside of a restaurant with me.  "If you ever order dessert in the future...you will be paying for it.  That way you can hoard all of it for yourself."  He is literally blind in this situation, he really does not see anything wrong with his actions.  He is blaming the entire situation on me.

We pull up to the house, Blue comes out to greet us.  He is in a  happy go lucky mood. "Hi Red," he says.  "Hi Bitch," Red replies. WTF! You're kidding me right?  We all walk into the house, but Red is slow poking behind.  Everyone goes in.  I lock the door behind me, leaving Red in the garage.  He bangs on the door. "Let me in!  It's hot out here."
"You can leave.  You can go and live somewhere where people don't mind that kind rude behavior and language.  It's not acceptable here."
"What do you mean?  I live here!"
"Not anymore you don't.  Anyone who curses and is rude to his family, doesn't deserve to live in this house.  You can go live somewhere where that kind of behavior is acceptable.  You will not live here and just crap all over us.  Sorry."
"You can't do that!  That's child abuse!"
"I'm doing it!"

Hubby is ready to call the cops and tell him that he's being destructive to our home, because he is literally banging so hard he could damage the door.  Is this the best way to handle this situation?  Probably not.  Am I creating a melt-down?  Probably.  In this moment, I don't care.  I'm pissed and I want him to feel the pain of what he has done.

Hubby is completely spent at this point.  Apparently while I was away, Red said, "I hate you!" to his father.  That compiled with a ton of other pressures and stress just sent my husband over the edge.  Another factor in my husbands feelings, is the fact that our eldest son, Slim Shady, had just about completely abandoned his family.  We haven't seen him since April and he lives 10 minutes away.  He has been the best father these boys could ask for, and the two of them just slap him in the face over and over again.  He is just so done.  Hubby doesn't drink.  He doesn't exercise.  He has very little relief for his stress.  It all comes out in his gray hair, which is getting pretty white these days.

Of course, I am the voice of reason.  I have no intention on letting read leave the house in this moment, but I want him to feel the impact of his actions.  I want him to be afraid, to realize that he can not just treat us any old way and expect to live here.  I tell him, "There are schools, where you can live where they will teach you how to live cooperatively with others.  There are residential treatment programs."
"But they will be mean to me.  They won't love me."
"Well...what difference does that make?  We love you and you treat us like crap!  You don't appreciate our love, so you may as well go somewhere where you can learn something.  We obviously can't teach you anything!"

It takes a while, in the heat of the garage for him to come to terms with his actions.  When he decides he is ready to apologize to his grandmother and his brother, we allow him back into the house.  My husband is about ready to blow a gasket!  He leaves the house and goes out for a ride in his car.  While he is out, e receives a phone call from one of our quirky neighbors on his cell phone.  This eccentric guy, makes him laugh.  He really needed it in that moment.  He felt like that was God in action, sending him a bit of laughter in the midst of his anger.  He needed a release and crazy Floyd gave it to him.

This morning I posted about gratitude on my Facebook Community Page. I ask, "Can you teach gratitude? Do you have issues with gratitude with the Aspies in your life?" Follow the link and feel free to chime in on the discussion or feel free to leave a comment here.

I also read a discussion here on Talk College Confidential where a woman discusses her son's lack of gratitude.

The bottom line here is Red does not possess it gratitude.  Can we teach him to be grateful?  No.  True gratitude comes from the heart.  It's an innate feeling that you either have or you don't.  He clearly does not have it.  Blue gets it.  We have taught him and I really feel gratitude coming from his heart, but every Aspie is different.  Can we teach Red the proper behavior when someone is doing something nice for him? Yes...we can and we will.  Even if it kills us!

Don't forget to click the TopMommy lady before you leave...
Posted by Karen Wesley Writes at 9:16 AM