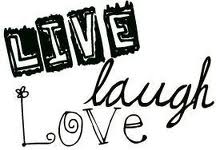 Mom serves food to two Aspie boys.  She follows up by serving them drinks.  As she puts the cups on the table, she pauses and looks like, are you forgetting something?
One boy says, "Oh...thank you."
The other boy keeps eating.
Mom says, "You're Wel-come!" exaggerating the term.
Aspie boy looks up and says, "Oh...you're welcome," and keeps eating.

Mom is trying to get her son to stop eating an all carbs breakfast and add more protein to his diet.  Mom says, "You can have 3 waffles and 2 eggs."
Boy says, "But I have to have 4 waffles."
"No...you're adding 2 eggs to take the place of that 4th waffle."
"But if I have only 3 waffles I can't have syrup.  I have to have 4 waffles to have syrup."
Mom says, "You can have 1 waffle and still have syrup.  I do it all the time."
"No...I have to have 4," says the boy.
Mom thinks but does not say, well you don't need the syrup anyway.  So if that's what you think...fine with me.


Editorial Note: The following was written late one night after a couple of glasses of wine.  My keyboard was fast and loose as was my mind.


Things I Want to Know

Why does the sign at Walgreens say "Fresh Apple Pies?" -How is that even possible at Walgreens?  Are they baking pies in the pharmacy?

Why do we actually celebrate people getting married like it's the best thing ever? -Those of us who are married know damn well exactly what they're getting themselves into?


Whose idea was the institution of marriage...really?

Whose idea is it that husbands and wives have to sleep in the same bed every night?  I had my own room for my entire life!  Now I have to share?  When women go through peri-menopuase that means that men-are-on-pause!  You should not have to listen to them snore when you're trying to sleep.  (Love you honey...if you're reading this. Really.)

Why not let gay people get married?  They should have the right to be just as miserable as the rest of us? Who are we to judge?


Whose great idea was it to have children anyway?


Why do people get married more than once? You've got to be freakin' kidding me! Oh this time it's going to be so much better.  It's better to keep him as your boyfriend honey!

Do we all go brain dead when we get pregnant more than once?  -Have we completely forgotten the misery the first child put us through?


If children were born as teenagers -would the world population just completely drop? Who would knowingly have more than one teenager?


Why is it that our children have so much more than we could have ever dreamed of as kids...yet they're constantly telling us they're bored?

My own children have told me that they are never having kids.  "Kids are too expensive.  They take up all of your money!"  Why is it that I didn't think that way before I had them?

How many moms start drinking before 5 o'clock?  How many before noon?

Are there any questions you want to ask, but have been too afraid to say out loud...or in writing? Ask them here.