Oh No You Didn't Eat Those Veggies! 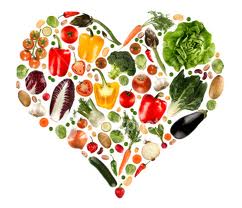 For those of you suffering with kiddos on the spectrum who refuse to eat vegetables...I want you to know there is hope.  Every since the boys could utter the word "NO", we have fought the vegetable/fruit battle.  When we sit down to family dinners, and I actually prepare a balanced meal, the policy has always been...eat just a few bites, even though they act like they're choking, or I'm trying to poison them or something.

I love fresh fruit, especially in the spring and summer -strawberries, cherries, watermelon, fresh pineapple, grapes.  I mean fresh pineapple is like natural candy! They have never liked any of it.  They really don't like too many foods that are served cold other than ice cream and cereal with milk.

Blue was always the exception to the rule.  He likes yogurt and would occasionally eat an apple or an orange if you cut it up and take off the skin.  However, he has always been at least willing to try new foods even if he doesn't end up liking them.  Or sometimes he like them for a while and then burn himself out of liking certain foods.

If there is a food featured in a children's movie -all the better.  After the first "Madagascar" he started wanting steaks.  After "Garfield" we began eating lasagna.  "Kung Fu Panda" brought us into trying asian noodles and dumplings.

In this past year or so food has become somewhat of an adventurous hobby for Blue.  If he's bored -he easily suggests, "Why don't we go out for lunch?"  To which I usually reply, "Do you have any out-to-lunch-money?"  How nice of you to want to go out to lunch on my dime. Of course, I love to eat too...so most of the time we do indulge him.  Blue and his dad have made it their goal to find the best breakfast restaurants in town on the weekends.  No thanks...I'd rather sleep late.

Blue is now 12 years-old.  A few months ago, he suddenly got into trying to eat healthier.  We started to talk about protein versus carbs, and including more vegetables and fruit into his diet.  He started eating dried mangos, apples, and he loves those little Clementine oranges.  There are still textures that he doesn't like ----no peas and corn for him please.

Last week, I thought I was in the wrong house when he filled his plate with everything on the menu at one of our Sunday dinners.  Roasted chicken, collard greens, potato salad (which I don't even like) and stuffing (with celery and onion chopped extremely fine).  Then he asked for left overs the next day! Who is this kid and what has he done with my son?

If you've been reading this blog regularly you know he started eating cafeteria food a couple of weeks ago.  One day last week he chose...drum roll please...a baked potato and steamed broccoli, for lunch -at school, with no prompting from anyone!  I can't believe this kid! He is amazing if I must say so myself!

Sorry to say, his brother, who is 15 years-old has not jumped on the bandwagon yet.  He still only eats vegetables if you're holding a gun to his head.  His palette is still so limited.  Of course, his first answer to any question is -no, but that doesn't mean I will stop asking and insisting that he at least tries a few healthy things.

So don't give up hope on your child eating vegetables...you just never know what's waiting for you around the next corner.